Kiren Rijiju, the Union Minister of Youth Affairs and Sports, inaugurated the elite coach education programme in the presence of Pullela Gopichand, the chief coach of the Indian badminton team, along with Secretary (Sports) Ravi Mital and DG-SAI Sandip Pradhan. 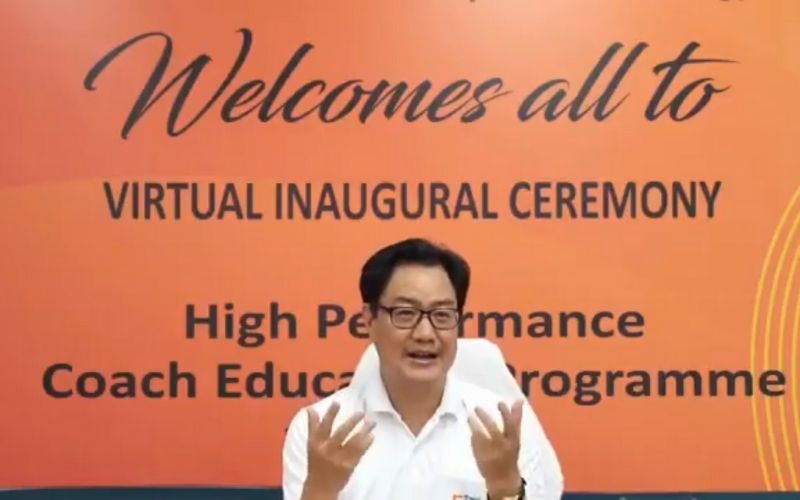 The Sports Authority of India (SAI) has initiated a High-Performance Coach Education Program at the National Centre for Sports Coaching (NCSC), under the auspices of NSNIS Patiala. Kiren Rijiju, the Union Minister of Youth Affairs and Sports, inaugurated the elite coach education programme in the presence of Pullela Gopichand, the chief coach of the Indian badminton team, along with Secretary (Sports) Ravi Mital and DG-SAI Sandip Pradhan. "A country of our size has to understand and harness its own potential," Rijiju spoke of the importance of introducing a course of such high academic and technical value.

"We travel to smaller countries (for training), and we believe international coaches have an advantage over Indian coaches," Rijiju remarked.

"We speak about Atmanirbhar Bharat, it is the Honourable PM's vision and is relevant across the board, therefore we need to be Atmanirbhar in sports too," he said, referring to the need to develop a pool of great Indian coaches.

"That may happen if we have (only) Indian coaches in all disciplines of Indian sports," he stated.

"We can't be rushing around (to other nations) seeking a coach for a nation our size," he concluded.

"Our long-term aim of placing India among the top 10 nations in the Olympics is not unattainable," he stated, "and I believe that this type of Higher Performance Programs for coaches is the key to attaining that."

Pullela Gopichand, a Dronacharya awardee, also remarked about how this initiative can assist Indian coaches to rise to prominence and reduce dependency on foreign trainers.

Gopichand stated, "We are not doing honour to our system by having just foreign coaches in a particular discipline year after year. Although foreign coaches can serve as advisors in our coaching system, the main framework must be guided by Indian coaches."

"When we don't have the expertise, it's critical that we learn from (foreign coaches) and eventually become self-reliant," Gopichand stated.

"SAI has done a lot of fantastic work in this respect, and we will have the first set of former international-level players join us as coaches in the next few months," Gopichand said. "These kinds of programmes and high-performance coaching courses will allow us to have the majority of Indian coaches and a few foreign coaches, which is the appropriate balance for us to succeed at the top level."

This course, which will last 6 months, will contain seven modules.

At least 250 top SAI coaches from the organization's numerous National Centers of Excellence and training centres will create the foundation for developing the country's greatest sports talent as coaches.

Further, the number of students in each batch will be restricted to 20.

Participants will participate in a two-week practical session in several high-performance centres around the nation in addition to the theoretical seminars, which will involve assignments with case studies, research work, and interactive sessions.

Presentations from the greatest coaches and sports administrators in the nation and abroad will be included in the pedagogy used throughout this six-month course.

The students will be addressed by resource specialists such as renowned sports coaches, athletes, government, National Sports Federations, and private sports organisations, sports administrators, and professionals in sports science subjects.

Check out a short clip of the address here: