Shershaah actor Kiara Advani appeared on Pinch Season 2 and talked about trolls and being given an advice to not work with Akshay Kumar. 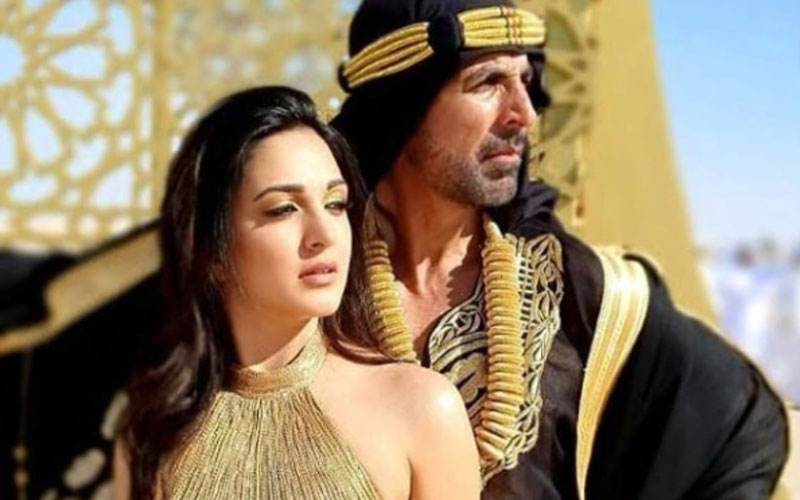 Kiara Advani is basking in the success and appreciation for her latest release Shershaah. Based on the life of Captain Vikram Batra, the film stars Sidharth Malhotra. The actress is busy with success interviews and promotions for the film as it's well-received. Kiara recently graced Arbaaz Khan's talk show - Pinch Season 2.

In Pinch Season 2, Kiara Advani talked about getting trolled, being called ghamandi, people making fun and assuming she did plastic surgery and people asking her not to work with Akshay Kumar. About being called ghamandi for not posing for pics, the Laxmii actor said, "Arre yaar, aisa nahi hai, kuch wajah toh hogi na (It is not like that, there must be a reason)".

Arbaaz Khan read a tweet in which someone advised her not to do films with Akshay Kumar. To this, Kiara replied, "We, as people who are reading comments, hume pata hona chahiye (we should know) where do we draw the line. Don’t let it get the better of you."

About getting trolled online, the Shershaad actor said, "I say that I ignore it but it is a form of protecting yourself. Be respectful towards others and understand ki yaar yeh bhi insaan hai, inke bhi emotions hote hai (that we are humans too and we also have emotions)."

Meanwhile, on her Instagram page, Kiara Advani recently thanked fans for all the love she received for Shershaah and her character Dimple. The actor wrote, "So many emotions right now…

Thank you for moving us with the life you lived, and for Inspiring us with your personality and your bravery. We are all so proud to be a part of your story.

To Dimple, I am honoured to know you and to portray a woman so courageous and committed; thankyou for sharing your personal story only because of your love for Captain Vikram Batra. Thank you for making us believe that pure and true love exist. My respect and admiration for you is boundless.