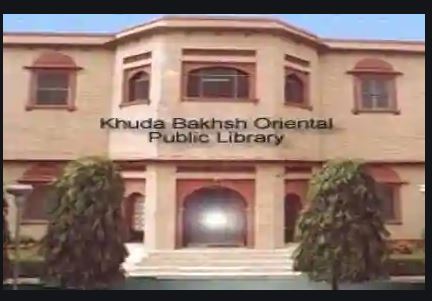 The decision to run a useless elevated road over the rare Khuda Bakhsh Oriental Public Library in Patna, reeks of both ignorance and a despicable plan to damage Muslim connection to the rare history and heritage.

In a major decision, the Bihar government has decided to construct a flyover passing across the prestigious, heritage library Khuda Bakhsh Oriental Public Library, thereby breaking its portions that stores the rarest of the rare manuscripts. While making of the flyover linking Gandhi Nagar round about to Science College, (Patna University), will not be much use to the road crossers, but its construction will do the irreparable loss to the prestigious mansion house of knowledge, as well as no less than four more heritage sites along its routes.

Near Gandhi Maidan roundabout from where the elevated road has to begin will affect the heritage building called B.N College (Baadshah Nawab College- called so for being donated by the nawabs), the Pradhan Daakghar or the Central Post Office, T.B Centre and PMCH (Patna Medical College Hospital); adjacent to it is Khuda Bakhsh Library – all these are more than 150 years old heritage buildings.

After the library, towards the east, starts Patna University area that includes all its branches such as Patna College, Science College, Chemistry ground and BN College. They have carved out a plan up to Science College, from where, the actual bottleneck begins, down under the elevated road. This road is nearly 40 feet wide only and is heavily congested with over load of jam. The development was to be done here, than where it is planned. Why are we saying this?

The road on which the flyover is planned, is already nearly 160-feet wide, with no jam load. The jam area starts from Science College to 8 kms inside of Ashok Rajpath Road. So briefly, they are constructing the elevation where it is not even required.

The irreparable loss is not only to Khuda Bakhsh Library but to Patna Medical College, Patna Hospital, the elevated road raze up to 25 feet inside the hospital which includes Surgical and gynaecological departments apart from other important ones.

So why didn’t they think about doing the so called development there first?

It would be easy to demolish the public property. But they are not thinking about the area that starts from the bottleneck because it is their vote bank. Acquisition of lands there, would be grave issue.

Explains Syed Shahid Imam, advocate Patna High Court, “The actual challenge was to develop the narrow 40 feet road to at least 80-feet to make commuters’ life easy. But they didn’t have a vision to do that. They are scared to touch this area because of the new Land Acquisition Laws, if they acquire the private land, they will have to give six times of the price of the land. They don’t have the courage and the willingness to do so. But on Government properties, they will not have to pay anything, which seems an easier route out to them.”

Imam minces no words as he says that the Bihar CM Nitish Kumar, in order to appease the ruling government, is getting over enthusiastic to over show his achievements.

Is it Islamophobia or simple stupidity and ignorance?

Those concerned with the library, shared heritage, rare arts, culture and literature of the Indian subcontinent are fuming over the plan. For them, it is clear that the very name of the heritage library ‘Khuda Bakhsh Oriental Public Library’ is the main cause of concern for the ruling government, as much as it’s Curzon Reading Room which has all rare Arabic, Persian, Pashto, Kashmiri manuscripts glorifying illustrious Islamic history, heritage and its contributions to the world. It houses 14000 rarest of the rare manuscripts in safe custody which is taken out only rarely. This is apart from an additional 7000 rare manuscripts. Some of them are penned in gold by even the Khaliphs (of Islam), one in Kufi script by Hazrat Ali himself. No library in the world has the manuscripts that Khuda Baksh Library has.

Mr. Imam whose illustrious family is known for their literary contribution to the world, clearly says that “the elevation of the road is done to fleece funds from the Centre and as much as to appease it, by subtly indicating an anti-Muslim stand.

He says, “Razing this to the ground is not only likely to do an irreparable loss to the heritage but also hurt the Muslims where it hurts the most. Also adjacent to it Government Urdu Library where poor Muslim children come and study finest books and also succeed in life by studying high and getting plum government or other jobs. By taking this obnoxious step, they have only one intention that Muslammano se ilm aur rozgari cheen lo, unko sarkari naukriyon main bhi na aane do (snatch education and employment from the Muslims and not let them take up government jobs either)”

He also assumes that the government seem to wish to transfer all rare manuscripts to any government library, from where, slowly, they would be lost or damaged. He finds it a part of an ongoing conspiracy of the ruling government to destroy the community and its glorious history, to a no-return point.

His father, Syed Abid Imam Zaidi served the Khuda Baksh Library for 40 years, from his student life to having an all over, independent charge of the library’s rare manuscripts section/ Curzon Reading Room. He was mainly instrumental in designing of the manuscript section of the library as well as other important areas of the library. It was him who, looking at the modern times, advised to get all the rare manuscripts digitised, and it was done under his supervision. Due to his commitment to the rare library, he was bestowed upon the Life Time Achievement Award by Bihar CM Nitish Kumar himself a few years before he passed away in 2018.

His son, for natural reasons is not only hurt about this “bogus programme” of flyover elevation as he puts it but also says he “will fight tooth-and-nail to save the heritage of the country and his father’s contribution” to the world of words.

But Mr. Prem Sharan, the director Bihar State chapter of The Indian National Trust for Art and Cultural Heritage (INTACH) which has raised its concern over the matter with the CM, says that Muslim connection to the library has nothing to do with it.

He assures, ”They (Nitish) don’t want to damage such rare things. They want to protect it. I am sue about it. The CM Nitish Kumar is pro-Muslim and there is no religious angle to this constructions. It is just a way to extract funds.”

On his joining BJP, however, he quips, “to stay afloat in politics one has to make lots of compromise, like everyone does at home too. However, to what an extent the compromise is made, is a matter of choice.”

Founded in 1984, in New Delhi, INTACH is an autonomous body that often works in close association with the ministry of culture and Archaeological Survey of India (ASI) with the vision of spearheading heritage awareness and conservation in India, has swung into action.

The Intach Bihar State Director Prem Sharan spoke exclusively to TNB. He said that the plan of this government to run a double-decker from Kargil Chowk to Patna Science College, ruining Curzon Reading room and other heritage sites en-route is a shocking decision. “It is short-sighted minus any homework done,” he said adding, “When we heard the director of the library asking to find out another route, they said, ‘We have no other alternate route’ which indicates their lack of research and survey. ”

“The project involves a whopping Rs.300-400 crore”, he says adding, “What would they do with such a small project of 3 km elevation? Because further to this flyover, there is a dead end! We were laughing in our sleeves thinking how come they have done no research on now to do this project? How can they do this in an ignorant ways and in piecemeal approach? Earlier for any such mammoth work, there used to be proper survey. There is no master plan for this. Can such projects be done by this approach? It is public money.” He fumes.

Citing an immediate solution he says, “They can take a route from Rajiv Chowk to Collectorate Building, this can be routed from behind that road which will save the façade of the library and many other heritage sites from the irreparable damage. “

He also says that INTACH had called upon an emergency meeting yesterday with Patna chapter convenor Mr. J K Lall, and tried to find out an alternate route. “We are sending appeals to change the route to the CM Nitish Kumar, the PM Mr. Narendra Modi, all the relevant department and the PMO within a couple of days.” he confirms.

Interestingly, amid immense pressure, the District Magistrate Patna, Mr. Chandrashekhar Singh reluctantly said to the press yesterday that “it is just a plan for now. The concerned authorities, departments and scheme makers have been invited to sit and ponder over it.”

The director of Khuda Bakhsh Library Ms. Shayesta Bedar, seems even lesser concerned. In an interview to a news channel yesterday, she (shockingly) said, “Yes I know it was built in 1908 and it is a heritage site but, for the sake of development some sacrifices need to be made!”

The statement of the lady has brought her severe criticism and embarrassment from all literary and culture quarters of the country.