Shihab Chittur, a 29-year-old resident of Malappuram, Kerala, India set out on a walking expedition from Kerala to the holy pilgrimage city of Mecca, Saudi Arabia. 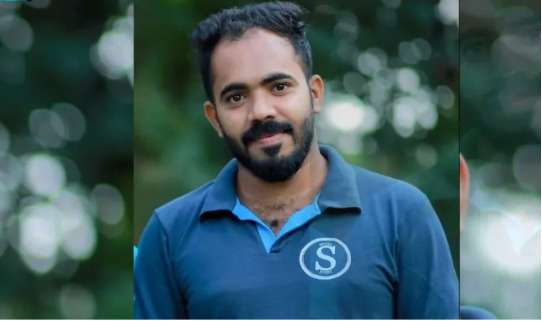 There have been tales in the past where people have done beautiful things marking dedication to the lord they believe in. Kerala’s Shihab Chittur promulgates the existence of such, even today. In what came as a shock to many, Chittur will be walking a whopping 8460 kilometers, crossing countries to reach Mecca for Hajj, demonstrating his true faith.

Every Muslim wants that he must visit Mecca once in his life to see the house of Allah, whether he is poor or rich. It is in fact said that in front of this desire of yours, there is hardly any other desire in that life. Such a wish was in the heart of Shihab Chhotur of Kerala, which he is determined to fulfill not in a simple way but by facing many difficulties. Of course, especially in today's era, it can only be called a miracle.

The miracle is because people see the incident of reaching the door of the Lord after walking so many kilometers, directly connecting it with the blessings of the Lord. It is being said that the Lord will definitely have a special eye on the head of Shihab, only then he has set out on the path of making this impossible task possible.

Shihab, who has set out on foot from Kerala on Hajj, has set a target of reaching Mecca before Hajj in 2023. Shihab Chittur will leave from Kerala and pass through many states of India, Pakistan, Iran, Iraq, Kuwait and finally reach the holy city of Mecca in Saudi Arabia.

Today, Shihab Chittur’s way to Mecca Hajj is on the 58th day, and as of now. Shihab is currently walking through Baroda Gujarat. As per the latest updates, Shihab will reach the destination within 280 days-long journeys.