"Kerala's citizens have renewed their confidence in the Left Front. However, owing to the wide distribution of Covid-19 now is not a time to rejoice. The war against Covid-19 must continue" said Chief Minister Pinarayi Vijayan, on the LDF's good showing in the state elections. 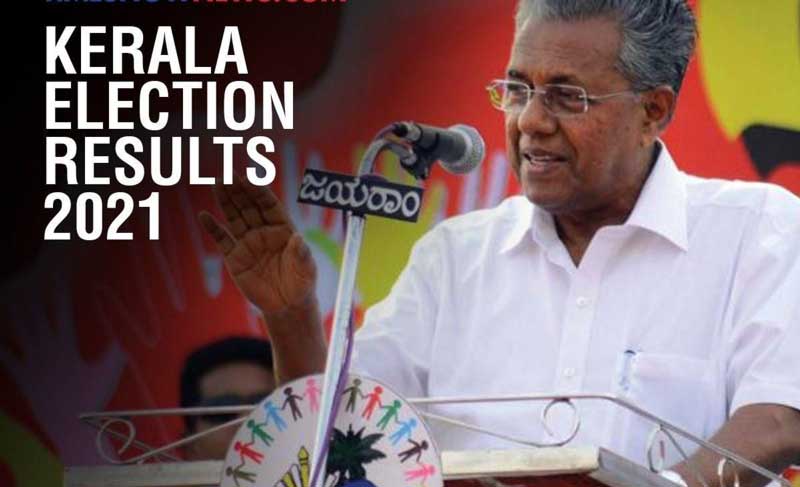 The long wait comes to an end on Sunday, and the counting of votes for the Kerala Assembly Election 2021 begins at 8 a.m. today, with early trends emerging by 9 a.m. On April 6, 2021, a total of 140 constituency seats in Kerala were up for election in a single round.

For the victory, the majority needs 70. This year, as in previous years, the contest is between the ruling CPI(M)-led Left Democratic Front (LDF) and the Congress-led United Democratic Front (UDF) (UDF). All eyes are on Chief Minister Pinarayi Vijayan, who is fighting to keep his job and break a four-decade cycle of power rotating between coalitions.

Meanwhile, the BJP has made major gains in "God's Own Country," putting pressure on the ruling parties.

Almost every exit poll conducted by the media predicted that the LDF administration, led by Chief Minister Vijayan, will win a landslide victory.

According to exit poll results, the governing LDF would receive 42.8% of the vote. Meanwhile, with 0 to 2 seats, the BJP-led NDA will continue to be a minor player in the state.

The Pinarayi Vijayan-led Left government defeated the incumbent UDF in the 2016 Assembly elections, winning 91 seats to the latter's 47. Meanwhile, the BJP marked its arrival in the state by winning one seat.

The 140-seat Kerala election of 2021 is currently being counted. Kerala's Left Democratic Front (LDF), led by Pinarayi Vijayan, appears poised to write history by maintaining power. The LDF led in 93 of the state's 140 seats as of 4:20 p.m., while the opposition United Democratic Front (UDF) led in 43. In one seat, the BJP was leading. As per reports in the media,'metroman' E Sreedharan has lost his seat in Palakkad.

The LDF is attempting to reverse the state's four-decade swing between communists and the United Democratic Front, headed by Congress.

The BJP, which won one seat in 2016, is optimistic about its win this time.

The results will be announced by the end of May. Stay tuned for Kerala election results 2021 updates.