Kerala cops receive 3 lakh e-pass requests, with 71% of them being denied, during lockdown

The pass will be used only for urgent and necessary travel, according to Kerala DGP Loknath Behera, and those who abuse the system will face consequences. 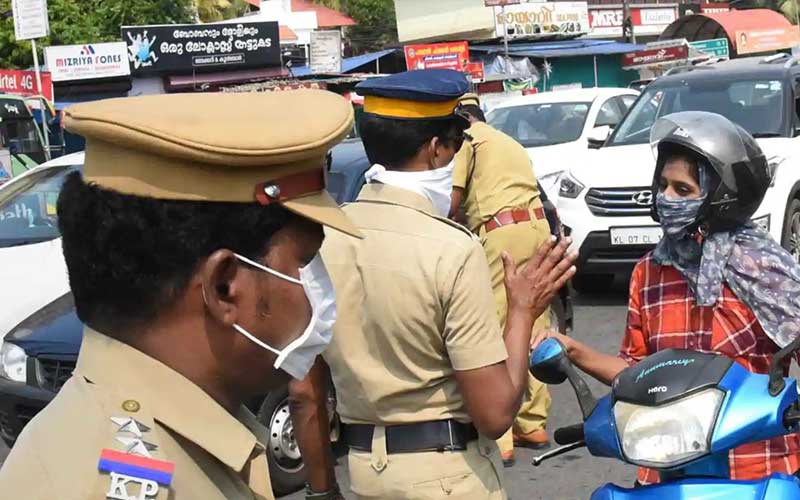 As of Monday, May 10, the state police department's e-pass portal had 3,10,535 applications after the Kerala government launched an e-pass facility for emergency and critical commutation. Kerala police issued 32,641 e-passes, while rejecting 2,21,376 requests. According to a press release from the Kerala Media Centre, a total of 56,518 applications are being considered.

The Kerala government made it mandatory to travel during the lockdown, which began on Saturday and will last until May 16, to have an e-pass. Commuters will need to obtain a travel pass from the Kerala Police via the e-Curfew Pass portal. More than 85,000 people applied for the e-pass in less than a day (till Sunday morning) after it was introduced.

However, Kerala Director General of Police Loknath Behera cautioned that the pass would be used only for urgent and important travel, and that those who abuse the system would be prosecuted. The majority of e-pass requests were either not legitimate or unnecessary, according to Kerala police. Requests for passes are handled by special branch police officers in each district.

Those who go to neighbourhood stores to buy basic necessities or vaccine clinics do not need to register for an e-pass. However, they must hold a self-written affidavit in the police-required format. Citizens who work in the critical service sector but do not have a professional identification card, domestic workers, regular wage labourers, home nurses, and others are eligible to apply for the e-pass. Inter-district travel is also allowed through the pass in emergency situations.

Even if commuters have a pass, police have warned that they will be checked; if their reasons are not found to be valid, strict action will be taken. It was also advised that such people's vehicles would be apprehended and brought before a judge, resulting in a lengthy process to reclaim the car.