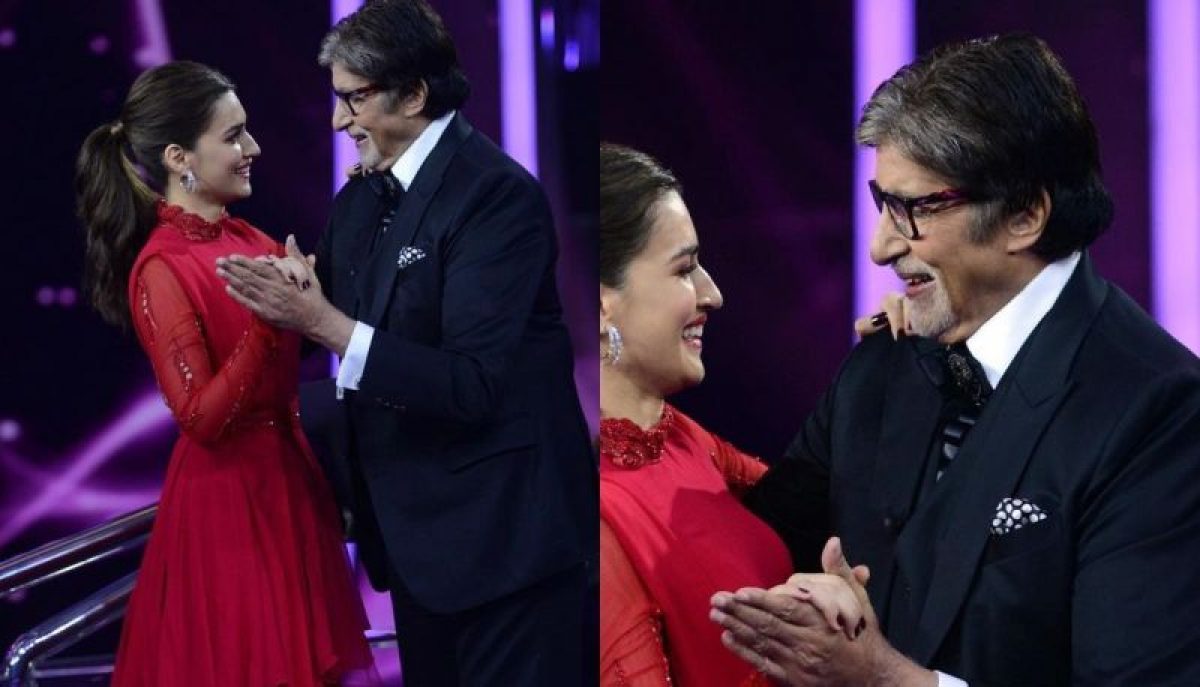 A week after Amitabh Bachchan shared pictures of him dancing with Kriti Sanon on the sets of Kaun Banega Crorepati 13, Sony TV shared a video and revealed that it was Kriti who asked Amitabh to dance with her. In the promo, Amitabh and Kriti danced to the romantic track, Duniyaa from her movie Luka Chuppi. The clip started with Amitabh noting that when it comes to romantic gestures, it is men who take the lead. Amitabh said, In the matters of love, men have to take the first step. Be it proposing, buying flowers, apologizing, complimenting, or even singing a romantic song… he said this before Kriti interjected and said that she had been showering him with compliments throughout the episode.

Amitabh left Kriti blushing with his response, But I have been complimenting you for years, what about that? Amitabh said, leaving the crowd cheering. Kriti then said that women, too, take the first step and went down on one knee to request Amitabh to dance with her.