Katrina Looked Stunning As She Was Spotted At Mumbai Airport, All Drenched In Red. 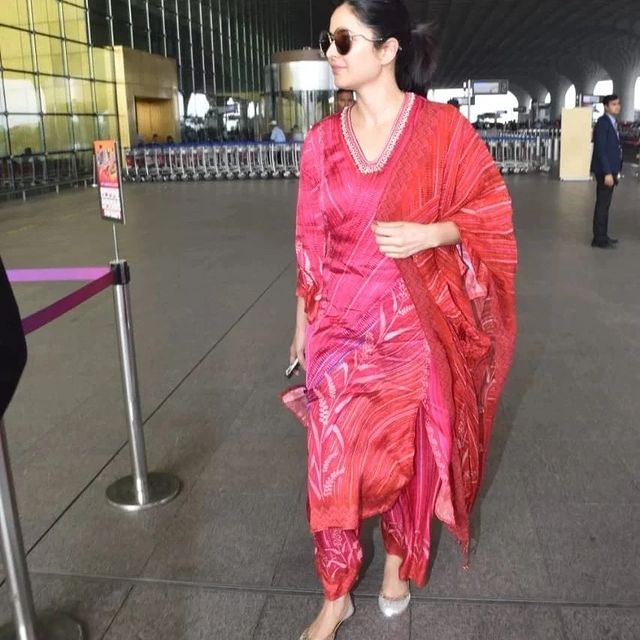 Katrina Kaif has recently been spotted at the Mumbai airport, where she appeared in a desi look. Katrina appeared in a light shade pink salwar suit and no makeup look at the airport. Together he wore Jodhpuri shoes and he also carried black glasses with it.

Fans are very fond of this traditional look of Katrina. Commenting on one of the users, it is written, 'Tenu Kala Chashma Jachda Ai'. While the other has commented, 'Natural Beauty'.

On the work front, Katrina was recently seen in the horror comedy film 'Phone Bhoot'. Along with him, Ishaan Khattar and Siddhant Chaturvedi were also in lead roles. Although the film flopped at the box office. Apart from this, she will be seen in the upcoming film 'Tiger 3' with Salman Khan.