The members of a Kashmiri Pandit family return to migrants camp in Jammu in the wake of targeted killings of minorities in the Valley. 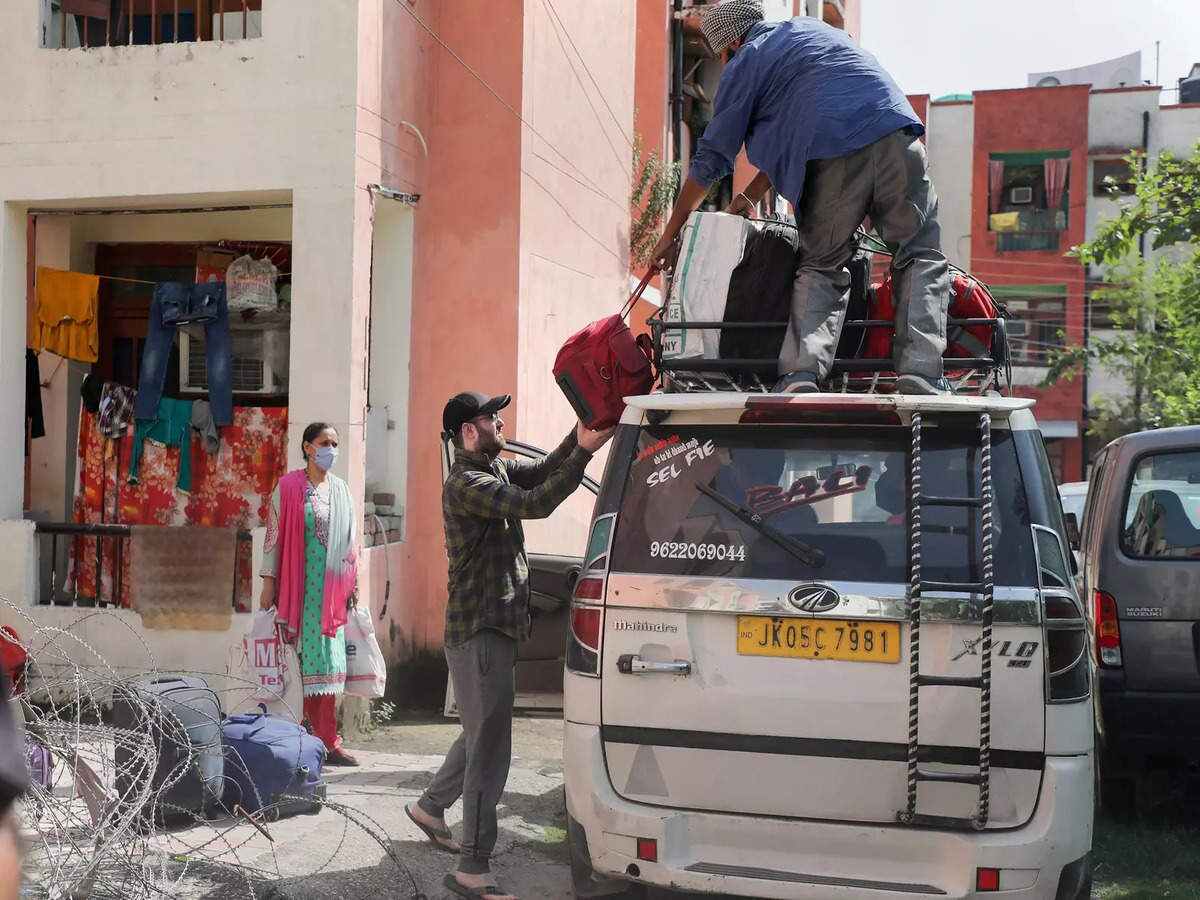 Despite the assurances from the Jammu and Kashmir administration regarding their security and appeals from regional political parties not to quit their homes out of fear, a large number of Kashmiri Pandits have not just stopped attending their offices but are even shifting to Jammu in the wake of targeted killings of minorities in the Valley in the past one week.

According to the sources and those who have shifted already to Jammu, the district commissioners have asked the KPs living in designated enclaves in parts of the Valley to limit their movement for the time being and neglect traveling to volatile pockets. A Kashmiri Pandit, who is an employee of government living in Mattan Colony on condition of anonymity declared that I have been living in the camp for over a decade now. I gave never felt scared here in 2003, 2008-09, and even during 2016 when there were protests across Kashmir for various months after Burhan Wani’s killing.