Home Minister Amit Shah will chair high-level meeting on June 3 to discuss situation in Jammu and Kashmir with Lieutenant Governor Manoj Sinha and others: Officials 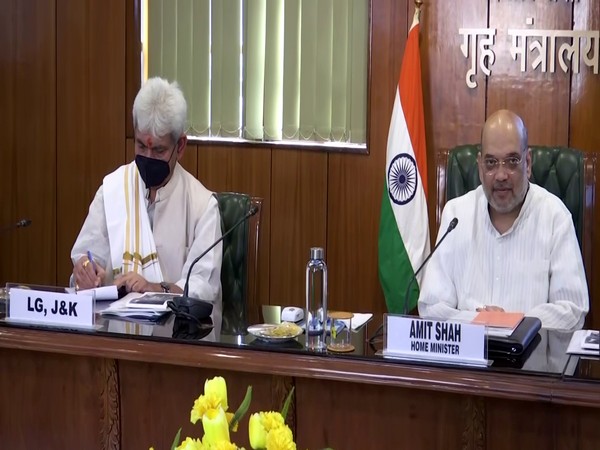 The Home Ministry has taken seriously the incidents of target killing of Hindus in Kashmir. On the issue of security challenges of Kashmir, Union Home Minister Amit Shah himself has taken over the command. Officials said on Wednesday that the Home Minister will chair a high-level meeting on June 3 with Lieutenant Governor Manoj Sinha and other officials to discuss the situation in Jammu and Kashmir.

According to news agency PTI, officials said that apart from the Lieutenant Governor, senior officials of the Union Territory and the Union Home Ministry will participate in this review meeting. This meeting is taking place in view of the target killing of Hindu government employees by terrorists in the Kashmir Valley. In this meeting, the preparations for Amarnath Yatra will also be reviewed. It is known that this journey can start from the end of this month.

Meanwhile, a high-level meeting was held on Wednesday under the chairmanship of Lieutenant Governor Manoj Sinha, in which it was decided that Kashmiri Hindu employees appointed under the Prime Minister's Employment Package in Kashmir and Hindu personnel of Jammu division will be posted to safer places by June 6. Not only this, a special cell will also be formed in the Lieutenant Governor's Secretariat and the General Administrative Department to solve their problems. If any senior officer is found torturing them, then strict action will be taken against them.