Kartarpur Corridor opened: 100 officers of Center and Punjab will go to Pakistan on the first day, will visit tomorrow with CM Channi cabinet

The Kartarpur Corridor between India and Pakistan reopened on Wednesday after 611 days. On the first day, some VIPs and government officials are going to Kartarpur Sahib from this corridor. 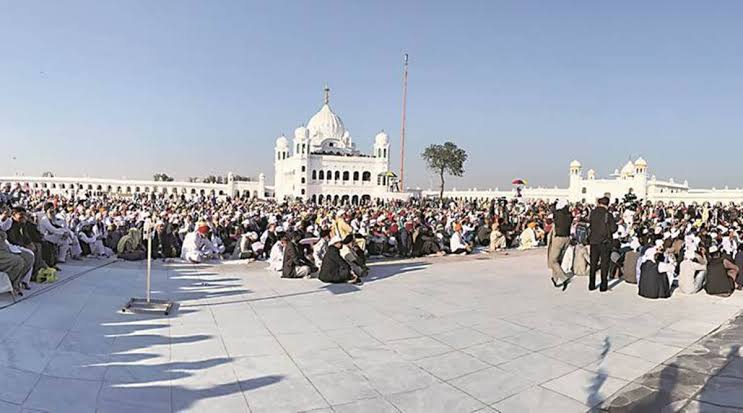 The Kartarpur Corridor between India and Pakistan reopened on Wednesday after 611 days. On the first day, some VIPs and government officials are going to Kartarpur Sahib from this corridor. Out of the total 100 officers going today, 50-50 officers from the Center and Punjab are included. The team of officers will be made to cross the border after special permission and this team will return by evening. Tomorrow Punjab CM Charanjit Singh Channi along with his cabinet will go to visit Kartarpur Sahib.

The condition of having both doses of Kovid vaccine has been laid for the officers leaving today. Apart from this, people will also have to follow the Kovid protocol. Common devotees will have to wait for 8 to 10 days for darshan from Kartarpur Corridor at present. The Ministry of Home Affairs has not even started accepting online applications for Kartarpur Corridor yet.

Registration closed on March 16, 2020 The registration for Kartarpur Sahib Corridor was closed from 16 March 2020. Now after a full 1 year and 8 months, the Ministry of Home Affairs of India has given permission to open the Kartarpur Sahib Corridor. On one hand, Gurpurab is about to come and there is a wave of happiness in the Sikh community due to this decision of the Government of India.

Only those people will be allowed to go to Pakistan, who have taken both the doses of the vaccine. The devotees will also have to carry the RT-PCR negative report, which should not be more than 72 hours old. Actually, Pakistan had requested India for both these things. After this, it was agreed to open the Kartarpur Corridor from India.