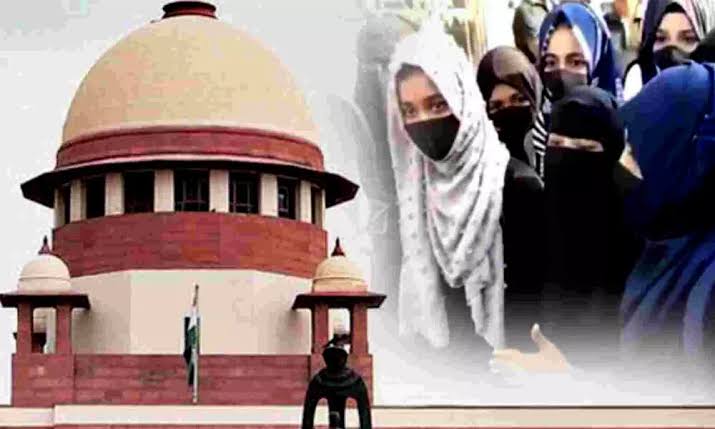 On Thursday, the Supreme Court concluded the hearing on the ban on hijab in schools in Karnataka. The court has reserved the decision. A bench of Justices Hemant Gupta and Sudhanshu Dhulia heard the matter for 10 days. During this, the court heard the arguments of the Karnataka government and college teachers apart from the pro-hijab petitioners. It is noteworthy that Muslim girl students have challenged the decision of the Karnataka High Court in the Supreme Court. In fact, the High Court had upheld the ban on hijab in schools.

On March 15, the High Court dismissed the petitions of a section of Muslim girl students of the Government Pre-University Girls College in Udupi, seeking permission to wear the hijab in the classroom. The High Court had said that it is not a part of essential religious activities. On 5 February 2022, the state government in its order had banned such clothes which violate equality, sovereignty.

The Supreme Court asked the counsel for the petitioners to conclude their arguments at the earliest, because now our patience is paying off. A bench of Justice Hemant Gupta and Justice Sudhanshu Dhulia from Hauzfa Ahmadi, one of the lawyers who represented the petitioners, said that on Thursday we will give one hour's time to all of you. In that you have to finish the debate. Now the hearing is over. Our patience is paying off.