There are many different types of reactions. However, it is being said on behalf of Kapil Sibal himself that he had resigned from the Congress on 16 May itself. 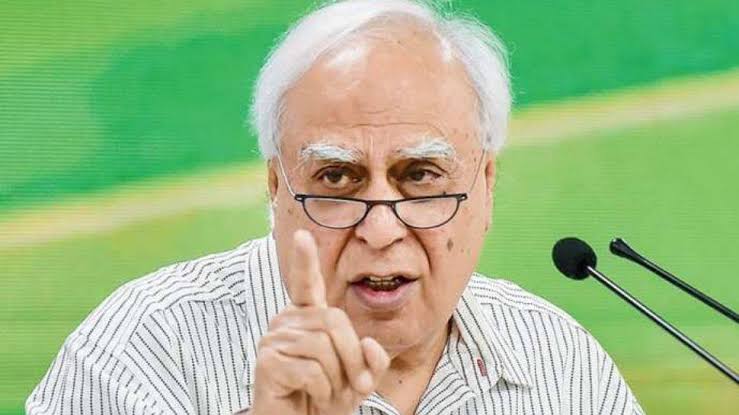 Former Union Minister Kapil Sibal, who has spent almost his entire life in the Congress, has left the Congress after 30 years. On Wednesday, when he became the candidate of the Samajwadi Party for the Rajya Sabha, this news spread like wildfire in the political corridors.

Kapil Sibal said, “We want to form an alliance by staying in the opposition. We want that in 2024 such an environment should be created that the shortcomings of the Modi government are brought to the public. Referring to the rationale for supporting Sibal, SP President Akhilesh Yadav said, “Kapil Sibal is a well-known advocate of the country whether he has been in Lok Sabha or Rajya Sabha, he has kept things well.

Significantly, since Tuesday there was speculation about Sibal being made the Rajya Sabha candidate from the SP. However, the party did not confirm this. During the nomination, along with the SP President Ram Gopal Yadav and other senior leaders were present along with the party's chief general secretary. Regarding this incident, Samajwadi Party leader Akhilesh Yadav said that Sibal has filed nomination for the Rajya Sabha elections with the support of the party.

The process of nomination for 11 Rajya Sabha seats in Uttar Pradesh has started on Tuesday. Voting for this election will be held on June 10. The SP has 111 members in the 403-member state assembly and can easily send three candidates to the Rajya Sabha. The party has currently declared Sibal as its supporting candidate. The SP has not yet disclosed about its candidates for the remaining two seats.