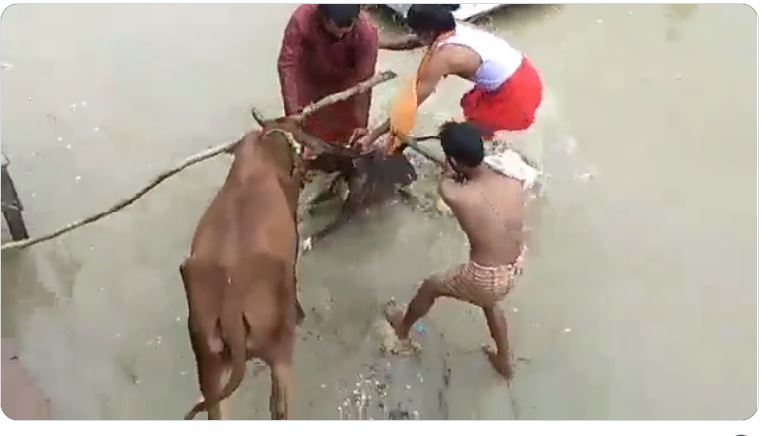 Cases of attacks on people of aggressive dogs like pitbulls are being reported from many parts of the country. The latest case has come to light from Kanpur where a video of a pitbull attacking a cow is going viral

In the video, a pitbull is holding the cow's mouth with its jaw in such a way that even after many people's efforts, it is not giving up its grip.