Kangana tots a machine gun, calls herself Bhairavi, the goddess of death, in Dhakkad

Actress Kangana Ranaut is busy shooting for her upcoming movie Dhakkad in which she is portraying the character of a detective. 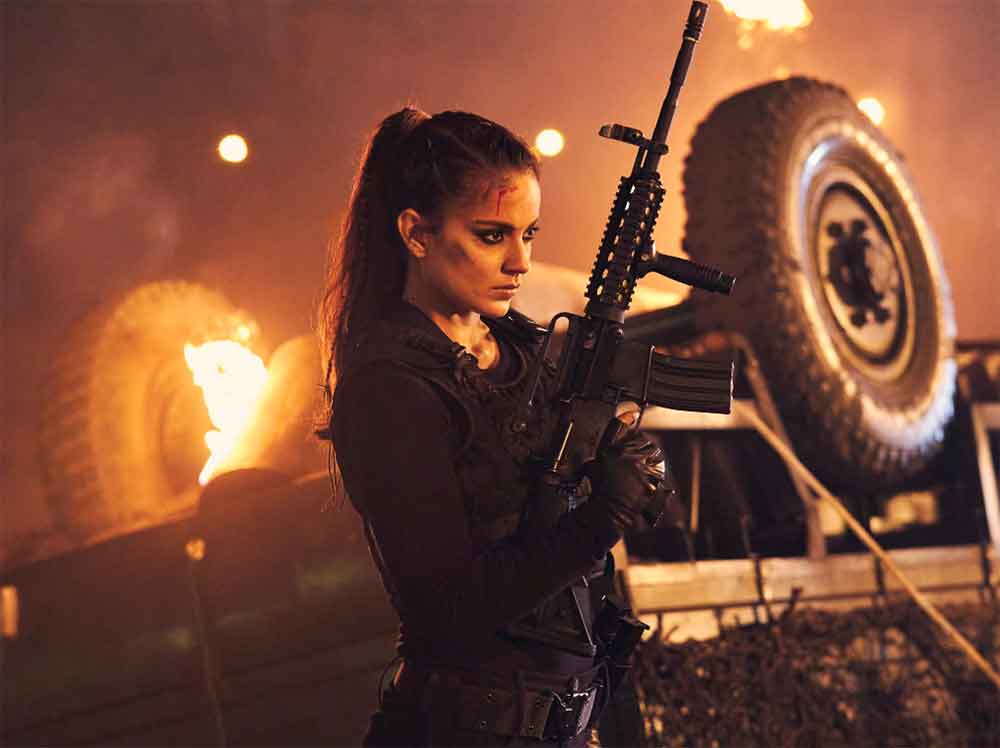 Actress Kangana Ranaut is busy shooting for her upcoming movie Dhakkad in which she is portraying the character of a detective.

It is an action-thriller in which she is playing the role of a fearless and fiery girl called Agni.

Ranaut, who is quite active on social media platforms, keeps sharing updates of her movie with her fans.

In the latest tweet, Kangana has shared an image from the movie in which she is toting a heavy machine gun. She wrote, “They call her Agni... the brave one #Dhaakad I say she is my depiction of Bhairavi the goddess of death ... #Dhaakad.

Just a few days ago, she has shared a promotional video of the movie in which she not only heaped praise on the director of the film but also said that on once action-sequence 25 crores has been spent.

She wrote, “Never saw a director who gives so much time and importance to rehearsals, one of the biggest action sequences will be shot from tomorrow night but amazed with the amount of prep, getting to learn so much, more than 25 crores being spent on a single action sequence #Dhaakad”

In January, this year, she had also released a poster of the movie and informed that the movie will be released on October 1. She has an actioned-packed look with a sword in her hand.

“She is fearless and Fiery! She is Agent Agni. India’s first female led action thriller, #Dhaakad releasing in theatres on 1st October 2021!,” she wrote.

Many of her fans have drawn a parallel with the 2018 action-adventure Hollywood movie Tomb Raider.