Kangana Ranaut excited a storm along with her recent comment wherein she expressed that India got freedom in 2014, hinting at the BJP-led government, whereas the Independence in 1947 was “bheek” (alms). 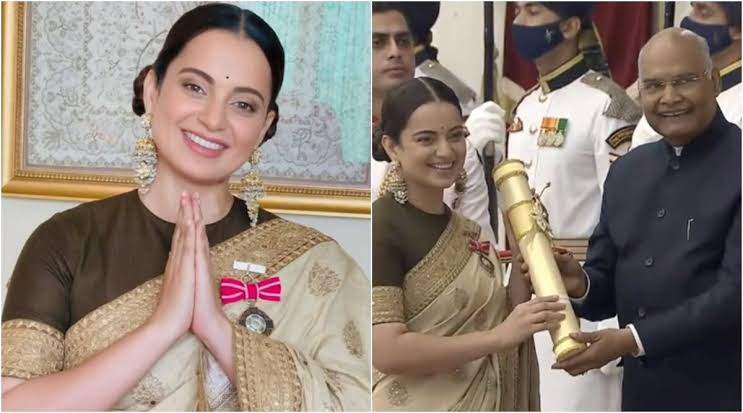 Kangana Ranaut excited a storm along with her recent comment wherein she expressed that India got freedom in 2014, hinting at the BJP-led government, whereas the Independence in 1947 was “bheek” (alms). NCP spokesperson nawab malik stated that the histrion was talking an excessive amount of once an excess dose of "Malana cream", a type of hash that attracts its name from Malana depression in Himachal Pradesh. He additionally demanded that her Padma Shri be revoked which Kangana ought to be set-aside for insulting freedom fighters.

Offering to return the celebrated Padma Shri award, Kangana shared an excerpt from a book and wrote, “Everything is incredibly clearly mentioned within the same interview 1857 initial collective fight for freedom… at the side of sacrifice of greats like Subhash Chandra Bose, rani Laxmibai and Veer Savarkar ji. 1857 i know however that war occurred in 1947 i'm not aware, if somebody will bring to my awareness i'll return my Padma Shri and apologise also… please facilitate me with this.”

Justifying her comment on India gaining its freedom in 2014, Kangana Ranaut added, “Regarding Aazadi in 2014, I specifically said that the physical Aazadi we may have, but the consciousness and consciousness of the India were liberated in 2014 ... a dead civilization came to life and waved its wing and now roars and soars high ... today for the first time ... people cannot be ashamed not to speak English or coming from small towns or using products made in India ... everything is articulate and clear in the same interview ... lekin jo chor hain unki toh jalegi ... koi bujha nahi sakta (those with a bad conscience will feel burnt, nothing can be done about it) ... Jai Hind.