kangana Ranaut shows her concern over social media about her "freedom of speech" taken away by Twitter which banned her permanently in May this year. She addresses Twitter as "Handful of druggies who can be bought and sold easily" 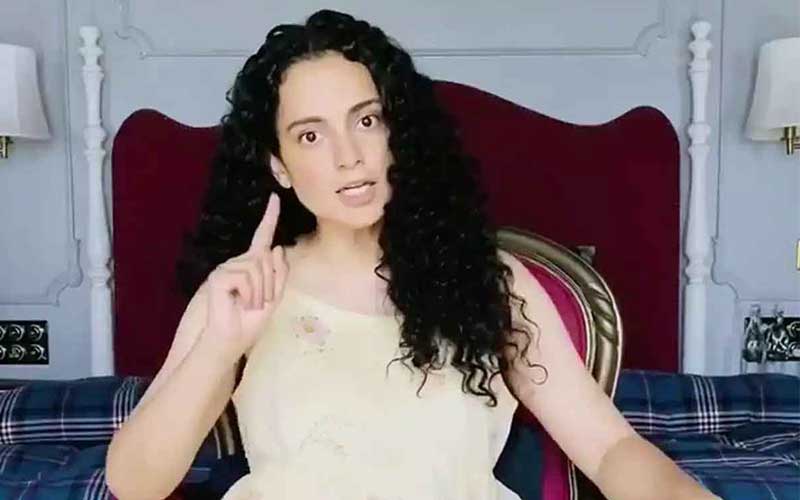 Ranaut resorted to abusive language to disgusts twitter, the tool she has been using to spread both love and venom as a right to free speech, too often

The Bollywood actress Kangana Ranaut, who has been banned from twitter earlier this month, has reacted to the social media platform's recent statement regarding their concerns over the threat to freedom of speech. The micro-blogging platform had issued a statement suggesting that the new IT rules have elements that inhibit free conversation. She felt bad because regularly she was updating her speech , opinion ,and thoughts etc.

Now she is taking to her Instagram Stories, Kangana shared Twitter's statement and said, "Poor Twitter begging for freedom of speech, twitter the great, the unelected member of parliament, supreme justice of the world, keeper of moral compass of humanity and what is their basic qualifications or credentials to ask or forcefully acquire this power? Who are they?"

"Handful of druggies who can be bought and sold easily, everything has a price tag from followers to promotional tweets, these money greedy private businessmen and capitalists want to run nations, bully and control the governments? Really haven't we learnt from east India company?" as she said on her Instagram.

Kangana was 'permanently suspended' on May 3 after she posted a series of tweets in reaction to the recent West Bengal assembly election results. A Twitter spokesperson had said her account was suspended 'for repeated violations of Twitter Rules specifically our Hateful Conduct policy and Abusive Behaviour policy.'

Soon after, Kangana turned towards the homegrown social media platform while she frequently shares her opinion on Instagram as well.