The longest tenure of working for 7 years is also in his name. DY Chandrachud received two degrees in law from Harvard University. At the age of 39, he was one of the youngest lawyers in India to become a senior advocate. 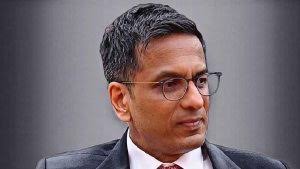 President Draupadi Murmu administered the oath of office to Justice D.Y. Chandrachud as the 50th Chief Justice of India at Rashtrapati Bhavan. He has replaced Justice Uday Umesh Lalit. On October 11, Justice DY Chandrachud was recommended as his successor. Justice Chandrachud was named Senior Advocate by the Bombay High Court in June 1998 and was appointed Additional Solicitor General in the same year.

Dr Justice D.Y. Chandrachud sworn in as the Chief Justice of the Supreme Court of India at Rashtrapati Bhavan today. pic.twitter.com/8mXM6U55tL