Justice Chandrachud became the 50th CJI: After the oath, bowed to the tricolor, 44 years ago his father became CJI 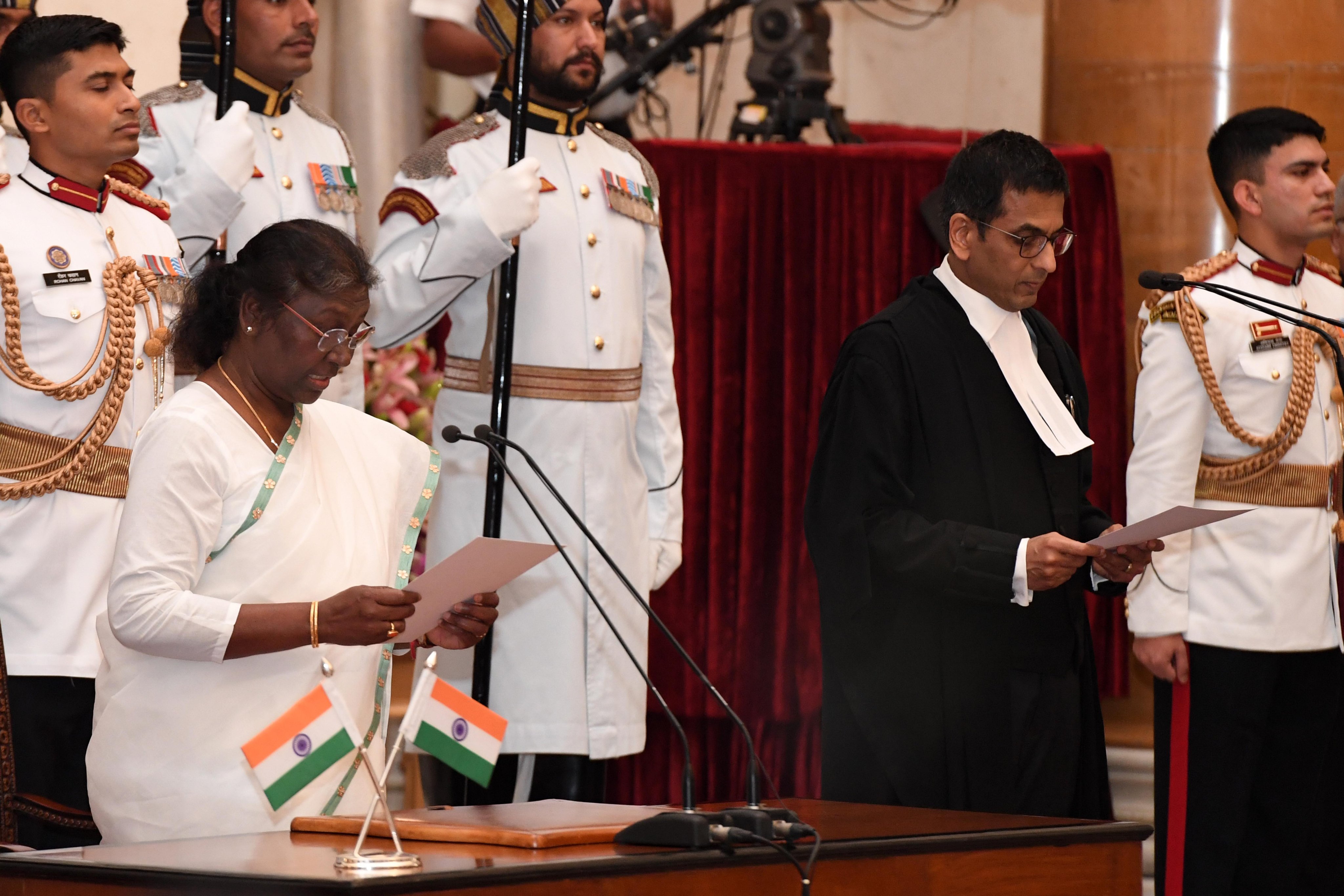 On October 8, former CJI UU Lalit recommended his name to Law Minister Kiren Rijiju. UU Lalit had personally submitted a copy of his letter to Justice Chandrachud in the presence of the SC judges.

In 1985, a bench of then Chief Justice YV Chandrachud upheld Section 497 of the IPC in the Saumitra Vishnu case. At that time, the bench had written in its judgment – ​​it is generally accepted that the man who is tempted to have a relationship is the man and not the woman. Reversing this decision in 2018, a bench of Justice DY Chandrachud said - Adultery law is a codified rule of patriarchy. He said that sexual autonomy should be given importance.