JP Nadda has become the third leader to get a second consecutive term as BJP President. Earlier, service extension was given to LK Advani and Amit Shah. Although, Rajnath Singh also became the party president twice, but his tenure was not continuous. 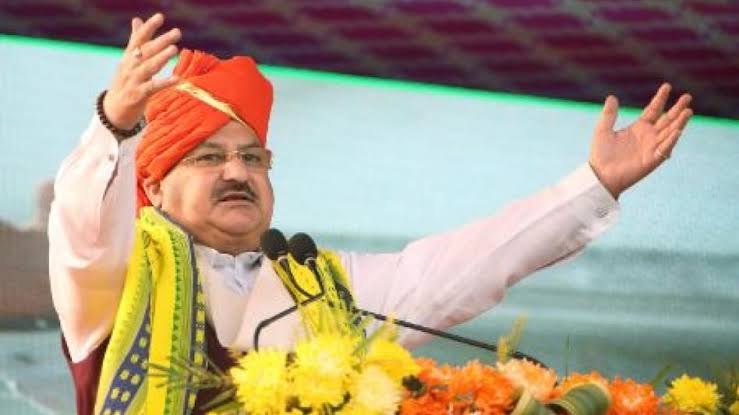 The tenure of BJP National President JP Nadda (JP Nadda Extension) was extended in the BJP's National Executive meeting. Nadda has got service extension till June 2024. Home Minister Amit Shah announced this in a press conference. Shah said that all the office bearers unanimously agreed on the extension of Nadda's service.

Amit Shah said that the National Executive has made a proposal for JP Nadda today. Rajnath Singh has kept this proposal. All BJP members have accepted it. JP Nadda's term as BJP President is being extended till June 2024. Shah said, 'BJP is the most democratically run party among all the political parties of the country. From the inception of Jana Sangh till today, the elections in BJP from the booth to the national president have always been in accordance with the party constitution on time.

JP Nadda has become the third leader to get a second consecutive term as BJP President. Earlier, service extension was given to LK Advani and Amit Shah. Although, Rajnath Singh also became the party president twice, but his tenure was not continuous.

JP Nadda was made the working president in June 2019. After this, on 30 January 2020, he was made the full-time president. Nadda's tenure was ending on January 20, which has now been extended till June 2024. Lok Sabha elections are to be held before June itself. Home Minister Amit Shah said, 'Service is the organization under the leadership of Nadda.The organization was mobilized with this intention. The people of the organization played a very important role in Kovid. Nadda connected everyone in that difficult period. Under his leadership, Bihar, Maharashtra, Haryana, UP, Uttarakhand, Assam, Bengal crossed the figure of 77 seats from three seats.

Praising JP Nadda, Amit Shah said, 'Under Nadda's leadership, we were successful in the North East elections. We scored a hat-trick in Goa. Got 53 percent votes in Gujarat. JP Nadda has also played a role in converting Modi ji's popularity into votes. Nadda's contribution is in bringing the schemes of the government and the schemes to the people. Under his leadership, BJP contested 120 elections and won 73 elections. Workers were added to the Lok Sabha migration scheme.