JP Nadda said, 'Corruption' could not touch PM Modi in 50 years of public and 20 years of administrative life 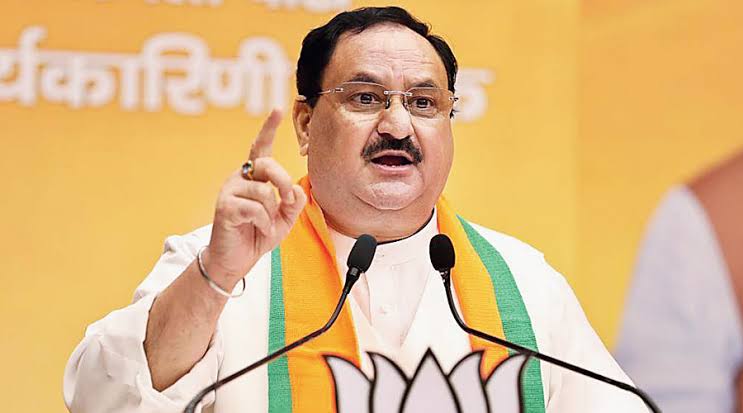 BJP National President JP Nadda addressed the Modi at NDMC Auditorium in New Delhi on Tuesday. During this, Nadda said that PM Modi lives meaningfully with 'one life, one goal'. He is dedicated to the service of the country every moment. It's not just for saying. We all have seen him live this.

The BJP President further said, 'Corruption has not even touched PM Modi's 50 years of public life and 20 years of administrative life. Modi ji has tried to change many things in life. Modi ji has also changed the way we look at politics. Along with this, he said that PM Modi's popularity has been increasing every day, every moment, every year. Whenever the survey is done, it is seen that the number of seats has also increased and their popularity has also increased.

Nadda said that in the book Modi @ 20, there are many pillars of Modi ji's style of work. It mainly includes 1- People first, 2- Politics of unity and development, 3- Inclusive economy, 4- World is one family. The BJP chief said that there was a Congress government for years. Pakistan used to (carry out terrorist activities) whenever it wanted. PM Modi at a public function in Calicut said that what he has done will be given a befitting reply - surgical strike happened. Pakistan still does not understand. So the second incident happened. This was followed by an air raid. Earlier he (PM Modi) said – You have made a big mistake and you will have to pay the price. Then came the air raid.