Noted journalist and author, Anil Dharker, passed away after a brief period of illness, in Mumbai, a former colleague told PTI on Friday 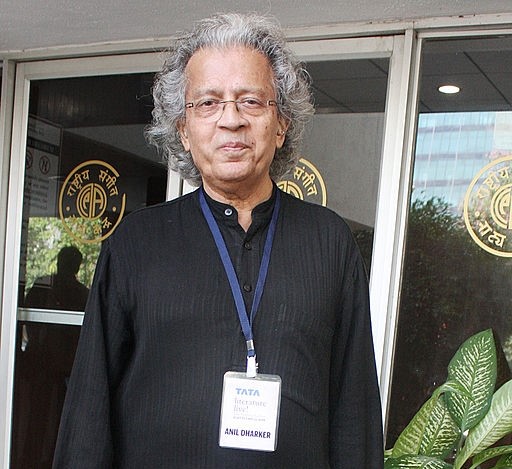 Noted journalist and author, Anil Dharker, passed away after a brief period of illness, in Mumbai, a former colleague told PTI on Friday. The 74-years old journalist was the founder of the 'Mumbai International Literature Festival and Literature Live!' celebrated in November every year and was also the founder and director of Literature Live! which brings literary evenings throughout the year in the city. Moreover, last November, the latest literary fest was hosted together with 192 writers, thinkers and performers from all across the world. However, due to the coronavirus pandemic, the event was organised virtually.

With an illustrious career of over five decades, Anil Dharkar had been a columnist and writer, an architect, a member of the advisory committee of the film censor board and more. As a journalist, he was the editor of several publications including The Illustrated Weekly of India, The Independent and Mid-day, and wrote columns for various English dailies, such as The Hindu, The Economic Times, The Times of India, and DNA. Besides Dharkar work also featured in foreign publications such as The Scotsman, The Independent (London) and The Glasgow Herald. And, was the recipient of numerous journalism awards.

Anil Dharkar played a crucial part in opening the Akashwani Auditorium in south Mumbai as an art movie theatre. Apart from that, this multifaceted talent had degrees in Mechanical Engineering and Mathematics as well and did teach at the University of Glasgow for some time. Furthermore, Dharkar did a short stint at the National Film Development Corporation, earlier known as the Censor Board and the Film Finance Corporation.

Soon after the tragic news spread, journalists, writers and all others who knew him poured tributes, expressing grief at Dharkar's passing.

Goodbye dearest Anil. An elegant mind, a stylish writer, and a loyal friend. You will be missed by all those whose lives you touched. RIP
⁦@anildharker⁩ pic.twitter.com/Xu2OaDWiz5

Journalist And Writer Anil Dharker, Who Founded Mumbai Lit Fest, Dies - I am deeply shocked as I have been exchanging frequent WhatsApp messages even as recently as Tuesday this week. He will be hugely missed by the entire literary community RIP https://t.co/JktkileYVi

Shocked &saddened by the news of @anilDharker’s passing. The literary world will not be the same without him. His flair, wit &intelligence, his wide-ranging &eclectic tastes (always married to a respect for good writing)& his talent&energy for organisation make him irreplaceable. https://t.co/fnvuSxglb7

Saddened to hear about @anildharker passing away. Will miss and cherish the discussions we had about life . A stimulating mind, nurturer of literature and art who thrived on ideas.

Extremely saddened by the passing of the many talented Anil Dharker. I can safely say no other Indian Litfest curator had his deep, emotional commitment or drive. Knew him for well nigh 50 years. Flourish as much up there, dear Anil.

Sad news coming in of @anildharker passing away. Was my editor at Mud-Day & The Independent. Man of delectable prose and varied interests. Sports buff. Compassionate and caring. Freethinker and fiercely democratic. RIP