Jordanian prince claims to be imprisoned, lashes out at officials

As per Jordan's Petra news agency, Sharif Hassan bin Zaid, the King's former envoy to Saudi Arabia, and Basem Ibrahim Awadallah, the former Chief of the Royal Hashemite Court, have been imprisoned on Saturday, quoting a security source. Further, as many as 20 officials, including close associates of Prince Hamzah (former crown prince), along with civilian and military figures have been arrested. The report added that an investigation is underway. 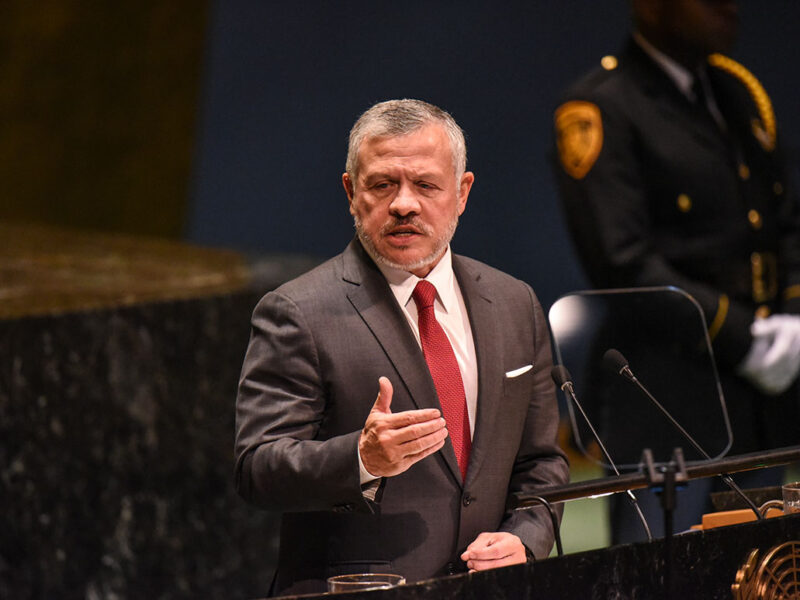 On Saturday, Jordanian authorities detained up to 20 people in an attempt to restrain the movement of a former crown prince, citing a threat to the country's "security and stability," according to officials. Jordan has long been considered a vital U.S. ally in the Middle East.

According to a senior Middle Eastern intelligence official briefed on the events, Prince Hamzeh bin Hussein, the eldest son of the late King Hussein and his American-born fourth wife, Queen Noor, has been ordered to stay at his Amman palace amid an investigation into an alleged conspiracy to depose his older half brother, King Abdullah II.

The officials stated that the move came after the discovery of a complex and wide-range conspiracy involving at least one other Jordanian prince, tribal leaders, and members of the country's political and security establishment. Unspecified proof of “foreign” support for the proposal was cited by one official.

The arrests, which come at a time of heightened economic and political tension in a nation that has long been regarded as a bulwark of stabilization and an integral partner in US-led counter-terrorism operations, as per Biden administration officials.

Additional investigations were expected, according to the intelligence official, who spoke on the condition of anonymity because of the sensitive nature of the law enforcement activity.

The Jordanian Armed Forces announced several arrests in a formal statement late Saturday, and Hamzeh had been "asked to refrain all movements or actions that could be used to target Jordan's security and stability." The former crown prince had not been arrested, according to the release, however "thorough inquiries" were underway.

Hamzeh denied wrongdoing in a video statement released late Saturday, saying the acts against him were an effort to silence him for speaking out against corruption in Jordan. In a statement to the BBC, his lawyer stated that he was "not permitted to go out, interact with people, or meet with them" because "there had been criticism of the government or the king in the meetings that I had been present in — or on social media relating to visits that I had made."

“I am not the person responsible for the collapse in governance, for the corruption, and for the incompetence that has been pervasive in our governing system for the last 15 to 20 years, and has been getting even worse with the year,” he said. Since his title was stripped from him in 2004, Hamzeh's relationship with Abdullah has been complicated, and he has sparred with his half brother on a regular basis, but often in private.

The United States raises assistance to Jordan while downplaying its dispute with Trump over Jerusalem.

In Washington, State Department spokesman Ned Price said U.S. officials were closely following the reports and were in touch with Jordanian officials. “King Abdullah is a key partner of the United States, and he has our full support,” Price said.

State Department spokesman Ned Price said, in Washington, that US officials were closely monitoring the news and in contact with Jordanian officials. “King Abdullah is a vital US partner, and he has our complete support,” Price said.

Jordanian news outlets reported on the arrests of other officials. Sharif Hasan, a member of the royal family, and Bassem Awadullah, a former senior official in Jordan's Royal Hashemite Court, were among those arrested. Awadullah, an investment banker and CEO of Dubai-based Tomoh Advisory, had also worked as a special Jordanian representative to the Saudi government and kept both Jordanian and Saudi passports, the intelligence official said.

Officials in Israel had no immediate response when news of the alleged coup attempt broke at the end of the Passover holiday. However, Israel, which has had a peace treaty with Jordan since 1994, regards Amman's stability as crucial to Israel's national interests. Jordan is Israel's longest frontier, and Israel looks to Jordan as a shield against Iranian attacks.

“If this turns out to be a significant attempt, it will be of great concern,” Chuck Freilich, a former Israeli deputy national security advisor, spoke about Israel's Middle East ties. “Israel takes the Hashemite Kingdom's security very seriously. They have a good security connection.”

Jordan has been badly affected economically by the coronavirus pandemic as well as by the aftermath of massive waves of refugees from its northern neighbour, Syria. Since King Hussein died in 1999, Abdullah has ruled the country, cultivating close relations with a succession of US presidents even while tussling with US officials over Palestinian peace initiatives. In recent years, he has clashed with Trump administration officials over proposals to redraw the borders of a potential Palestinian state without informing Palestinians.

The resource-poor kingdom of 10 million citizens has been a key collaborator in the US-led war against the Islamic State and has supported US forces in security operations around the world under the king's leadership.