The North East Team of Bhajanpura Police in association with the Special Staff arrested the Prime Member of the Anil Dujana Gang of Uttar Pradesh, who is reportedly wanted in an attempt to murder case 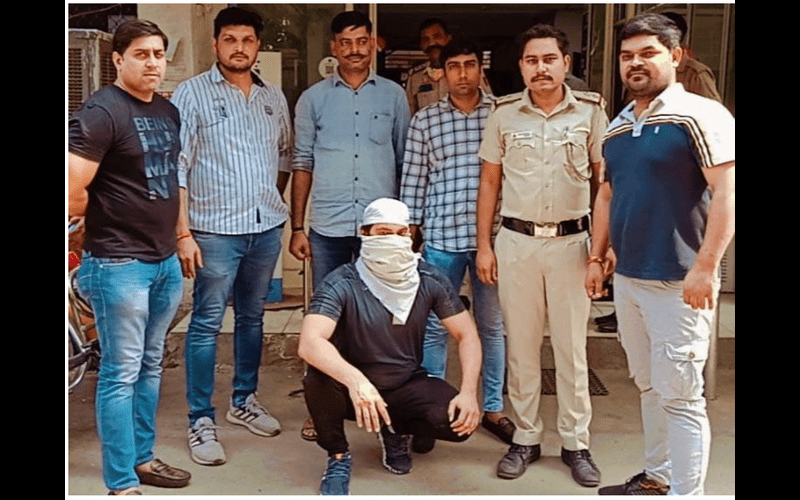 The North East Team of Bhajanpura Police in association with the Special Staff arrested the Prime Member of the Anil Dujana Gang of Uttar Pradesh, who is reportedly wanted in an attempt to murder case. The accused has been identified as Rahul (37), who has been past Criminal Records like Murder, Attempt to Murder, and Extortion to his name.

According to Sanjay Kumar Sain, Dy Commissioner of Police, North-East District, New Delhi, “On the 4th of May, a firing incident was reported in the area of PS Bhajanpura, Delhi wherein one person namely Vishal sustained 3 bullet injuries fired by his rival Manish. Later, the assailant, in this case, was arrested. During the firing incident, one passerby Mr. Gaurav Sharma also received a bullet injury in his right hand. On the statement of Gaurav Sharma, a separate case was registered and an investigation was taken up. During the course of the investigation, the name of a Gangster from UP namely Amit Pandit surfaced. He is a Prime member of the Anil Dujana gang and a relative of gangster Umesh Pandit.

Mr. Sain further added, “Assessing the involvement of an interstate gangster, a joint police force comprising PS Bhajanpura and Spl. Staff/NED was assigned the task to nab the gangster. The joint police team thoroughly scanned and analyzed the CCTV footage of the vicinity. Technical surveillance, as well as human intelligence, was also deployed to find any clues. Diligent efforts of the police team paid off and on the basis of technical surveillance and human intelligence, a raid was conducted at Omaxe Eternity Society, Mathura, on Thursday, and Amit Pandit was apprehended.

During sustained interrogation, he confessed to his crime and revealed that at the time of the firing incident he was accompanied by Vishal in his Toyota Glanza car, suddenly one Mahindra Thar vehicle obstructed their way, and one person from the vehicle fired upon Vishal. Seeing the bullets hitting Vishal, he got down from the car and fired upon the person who was firing from the Thar vehicle. Accordingly, he was arrested. On further interrogation his multiple criminal involvements of Extortion, Attempt to Murder and Murder, etc. in UP also surfaced.