Joint conference of Chief Ministers and Chief Justice: PM Modi says, Common people do not understand the decisions given in English, Courts should promote local language

In a joint conference meeting between The Chief Justices and Chief Ministers of all states today, PM Modi said that "Courts should promote local languages." 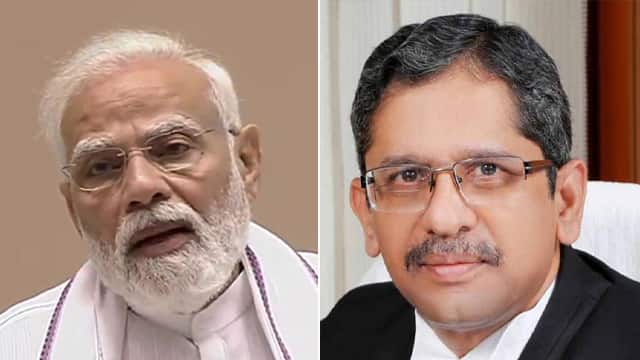 During this, the PM said- We need to encourage local languages ​​in the court. This will increase the confidence of the common citizens of the country in the justice system, they will feel connected to it. There are 3.5 lakh prisoners under trial in the country, emphasis should be given to settling their issues. I appeal to all Chief Ministers and High Court judges to pay attention to this.

Earlier, CJI NV Ramana said – that being a temple of justice, the court should welcome the people, and the court should have the requisite dignity and aura. Public interest litigation is now being used for personal interest. It has become a means of intimidating the officers. PIL has become a tool against political and corporate opponents.

CJI said – In the constitution, the power has been divided among the three organs of democracy. While performing our duties, we should also take care of Lakshman Rekha. Governments ignore the court's decision time and again, it is not good for a healthy democracy.