The dispute between Hollywood star Johnny Depp and his ex-wife Amber Heard doesn't seem to stop. Some time ago Johnny filed a $ 50 million defamation case against his ex-wife. 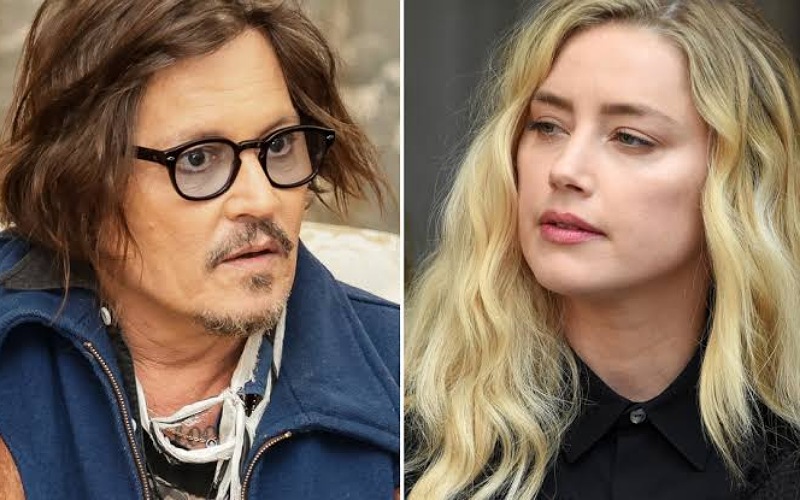 The dispute between Hollywood star Johnny Depp and his ex-wife Amber Heard doesn't seem to stop. Some time ago Johnny filed a $ 50 million defamation case against his ex-wife. On the third day of the hearing in the courtroom, there were many such revelations, in which Amber's lawyer made very big allegations against Johnny.

Amber's lawyer, Ben Rottenborn, showed Johnny some of the videos and text messages in the courtroom. In which he is shouting very badly on his ex-wife. Amber's lawyer also showed Johnny the chats he had sent to his friends. After watching the chats it is clear that Johnny was taking drugs at that time. After hearing these allegations by Amber's lawyer, Johnny started crying in the witness box itself.

Amber's lawyer also showed an old audio of Johnny in the courtroom. Johnny is threatening Amber to cut his body in the audio and Amber is appealing to him not to do so. In the audio played in the courtroom, Johnny is telling Amber that where do you want to see the injury marks in my body. At the same time, in the second part of the audio, Amber said, "Please don't do this, don't cut your skin."

Johnny and Amber met on the sets of a movie in 2011. After dating for about 4 years, both of them tied the knot. In the initial days everything was fine, but gradually the fights started between the two then in 2017 both of them decided to separate from each other.