In Jodhpur, Rajasthan, 97 individuals are in remission after tension over flag hoisting on the night of might 2. Curfew has been obligatory within the district. Heavy Police Force is deployed and each incident is being monitored. 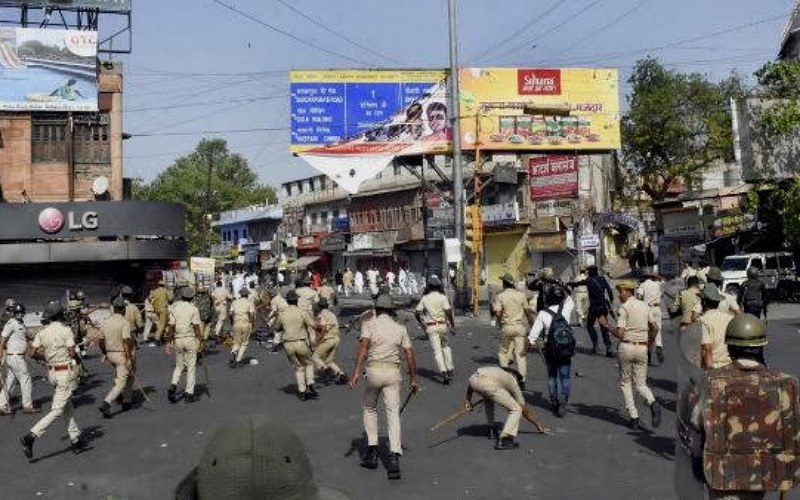 Heavy police force is deployed across the district in connection with incidents related to Jodhpur Violence. So far 97 people have been arrested since the tension arrised in Jodhpur. The police officer gave this information on Tuesday. Curfew is being strictly followed in the district. High level officials have been posted here.

Every small and big incident happening in the district is being monitored. Curfew was imposed in 10 police station areas on Tuesday after tension in Jodhpur city a day before Eid. Appealing to the people to maintain peace and harmony, Chief Minister Ashok Gehlot has directed the officials to take strict action against anti-social elements responsible for such incidents.

Bharatiya Janata Party's Rajasthan state president Satish Poonia has requested Governor Kalraj Mishra to initiate an inquiry into the incidents of violence in Jodhpur and pass necessary directions to the state government to maintain law and order in the state.

Clashes broke out even after Eid prayers in Jalori Gate circle of Jodhpur, the home district of Chief Minister Ashok Gehlot. The police had to lathi-charge to disperse the crowd. After this, there is a tense atmosphere in the district on Monday after incidents of stone pelting between two groups over waving different flags in Balmukand Bissa at Jalori Gate intersection.