The additional sentences are part of China's ongoing and effective efforts to suppress dissent and undermine Hong Kong's democratic movement. 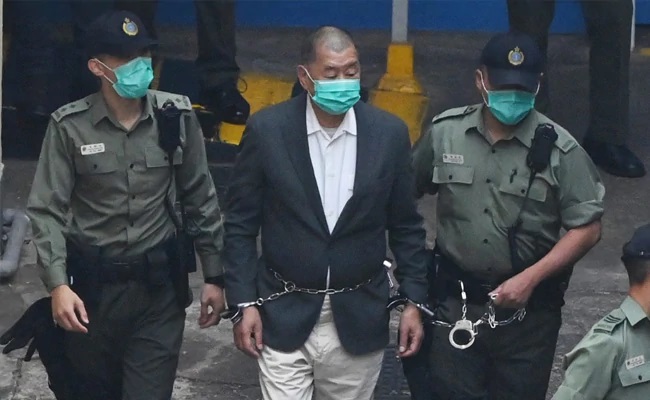 Jimmy Lai, a jailed Hong Kong media billionaire, was among eight democracy campaigners sentenced to fresh prison terms on Friday for participating in rallies marking the 70th anniversary of communist China's foundation, which were met with a massive crackdown.

Following Lai’s confession to being responsible for organising an unlawful assembly on October 1st 2019, he was imprisoned for 14 months. Now, he will be sentenced for a total of 20 months in prison for his repeated protest offences.

This month, they all admitted to planning the rally, which was forbidden by the authorities and took place on October 1st, China's National Day.

The additional sentences are part of China's ongoing and effective efforts to suppress dissent and undermine Hong Kong's democratic movement.

In 2019, Hong Kong was rocked by months of massive and violent pro-democracy demonstrations, the city's most significant threat to Beijing's sovereignty since its handover in 1997.

Although hard-line protesters and police clashed around the city that day, the march joined by the activists who had been arrested the day before was generally calm. The Hong Kong Department of Justice reported in April that more than 10,200 individuals had been detained in relation with anti-government protests.