Jewar Airport Inauguration Highlights : If we start the project, we also complete it in the stipulated time... PM Modi replied to Akhilesh from Jewar Airport on Purvanchal Expressway

From Jewar, the Prime Minister targeted SP chief Akhilesh Yadav, who was trying to take credit for the Purvanchal Expressway. 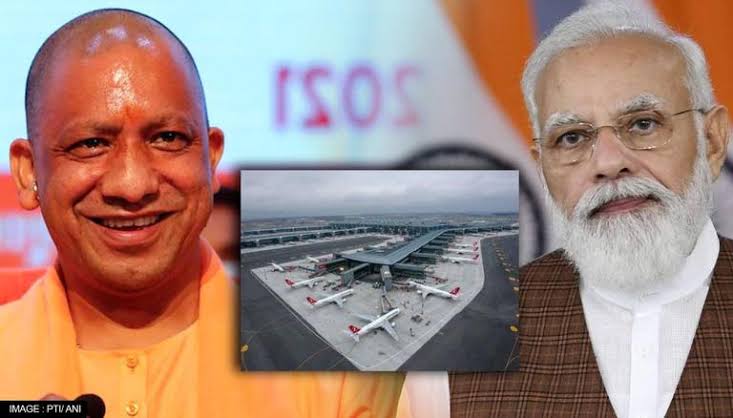 Prime Minister Narendra Modi has given another international airport to the state before the UP elections. He laid the foundation stone of Jewar airport on Thursday. A few days back, he inaugurated the International Airport in Kushinagar. From Jewar, the Prime Minister targeted SP chief Akhilesh Yadav, who was trying to take credit for the Purvanchal Expressway. Modi said that for us infrastructure is a part of national policy, not politics. We don't just start the work, we also complete it within the stipulated time frame.

Attacking the previous governments of UP, Prime Minister Modi said, 'Friends, I will say one more thing. If Modi-Yogi also wanted, they would have come here and performed Bhoomi Pujan as soon as the government was formed in 2017. Photographs were taken. Press note would also be printed in the newspaper. And if we do this, then because of the habit of the previous governments, we are doing something wrong, people do not even think so.