The process is not likely to begin for several years and could take decades to complete, but it has already stirred significant controversy. 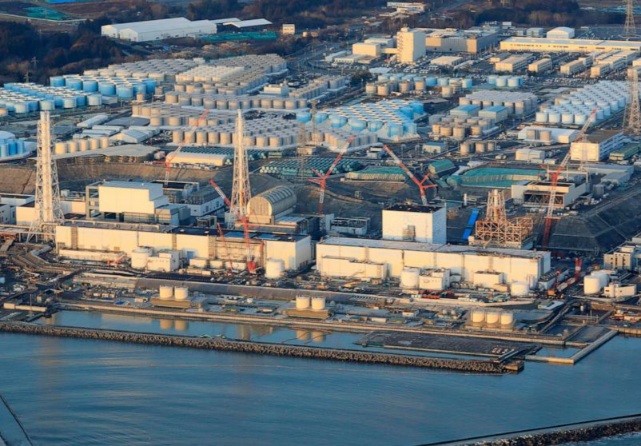 Japan plans to dump over a million tonnes of radioactive water from the ravaged Fukushima nuclear power plant into the sea, the government announced on Tuesday. The process is unlikely to take about two years after treatment that will take decades to complete, however it has already sparked considerable debate.

Within hours of its announcement, China condemned Japan's decision, calling it "highly reckless".

The Japanese government claims the release is secure because the water has been treated to remove almost all radioactive elements and will be diluted.

Further, the International Atomic Energy Agency (IAEA) has approved the release, stating that it is equivalent to wastewater disposal at nuclear plants around the world.

Tepco has been dealing with the accumulation of polluted water since bringing three reactors back following a 2011 earthquake and tsunami that wiped out power and cooling. To keep molten uranium fuel rods cool, the company has been using a makeshift system of pumps and piping to inject water into damaged reactor vessels.

The water becomes polluted as it comes into contact with the fuel before leaking into damaged basements and tunnels and mixing with groundwater that flows through the site from hills above. Whereas excess polluted water is drained out and processed before being stored in massive tanks that crowd the facility.

These tanks currently contain approximately 1.3 million tonnes of contaminated water, which is approximately 500 Olympic-sized swimming pools. And, to address the problem, efforts have included constructing an "ice wall" around the damaged reactors and drilling wells to divert groundwater before it reaches the reactors. These steps have slowed but not stopped the accumulation of polluted water.

Tepco has also battled leaks, spills, malfunctioning machinery, and safety violations over the years, impeding cleanup efforts that are supposed to last decades. Moreover, Tepco acknowledged in 2018 that it had not filtered all toxic materials out of the water, after claiming for years that they had.

Tepco intends to treat the polluted water again to eradicate isotopes, leaving only tritium, a radioactive hydrogen isotope that is difficult to separate from water. Tepco would then dilute the water until tritium levels fall below regulatory thresholds before injecting it directly into the ocean from the coastal site.

Water containing tritium is regularly released from nuclear power plants around the world, and regulatory authorities endorse releasing the Fukushima water into the ocean.

Since it does not emit enough energy to penetrate human skin, tritium is thought to be relatively secure. However, when ingested, it can increase cancer risks, according to a 2014 Scientific American article.

The first water release is not planned for another two years, as Tepco must first filter the water, develop facilities, and obtain regulatory approval.

Until then, polluted water will begin to accumulate, with annual water storage costs expected to be about 100 billion yen ($912.66 million).

Once started, the water disposal process would take decades to complete, with a rolling filtering and dilution process in addition to the plant's expected decommissioning.

Tepco is working with fishing communities and other stakeholders to promote agriculture, fishery, and forest products in stores and restaurants to mitigate any reputational damage caused by produce from the region.

Environmental organisations, including Greenpeace, argue that the government should instal more reservoirs to keep the water outside the plant rather than opting for the less expensive alternative of releasing it into the ocean. In fact, many people have doubted Tepco's plans because the firm is widely distrusted.

For years, Fukushima fishing associations urged the government not to release the water, claiming that doing so would reverse years of work to restore their fisheries' credibility.

Furthermore, concerns have also been voiced by neighbouring countries. On the other hand, a spokesman for South Korea's foreign ministry said the country "expresses serious concerns that the decision could have a direct and indirect effect on the protection of our citizens and the surrounding area." Local authorities in Busan and Ulsan, both seaside South Korean cities, have argued for the dumping project to be dropped.

In October, a Chinese foreign ministry spokesperson nudged Japan to take action with a "high sense of duty toward its own citizens, neighbouring countries, and the international community."