At a press conference on Friday, Japan's Prime Minister Yoshihide Suga apologised for the country's third state of emergency. 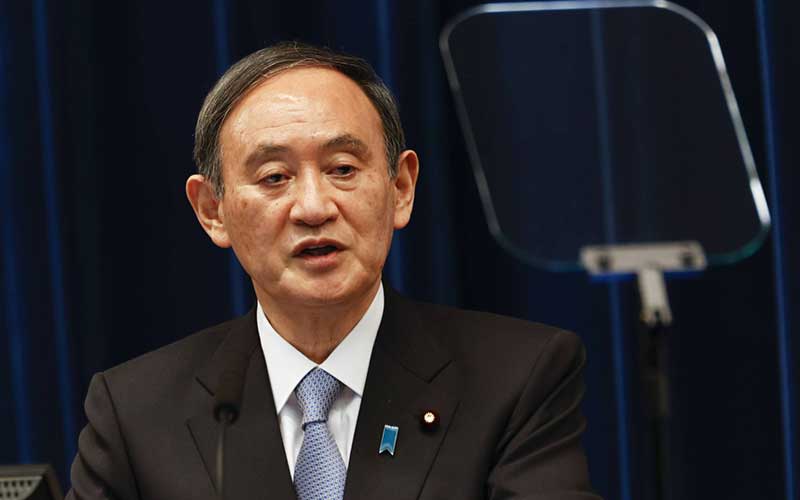 Given heightened COVID-19 infections, Japan's government has decided to impose a state of emergency for Tokyo and the prefectures of Osaka, Hyogo, and Kyoto. It will begin on Sunday 25th April and last until 11th May. This is the third time the government has rendered such a declaration, with the previous ones coming in April of last year and January of this year.

At a meeting of the government's panel of experts on Friday, Economic Revitalization Minister Nishimura Yasutoshi said, "We want people to stay at home as they did in the spring of last year in order to take advantage of the long holiday and contain the spread of infection. We want to prevent the disease from spreading at all costs by putting in a lot of effort in the short term."

The spread of more infectious variants is driving an increase in infection numbers in two of Japan's major cities. For the fourth day in a row, the number of confirmed coronavirus cases in Osaka Prefecture has surpassed 1,000.

Further, there aren't enough beds for severely ill patients in the prefecture. There were 328 people in critical condition as of Thursday, but only 272 beds available.

Since the beginning of the month, the Osaka Prefectural Nakakawachi Emergency and Critical Care Center has been at capacity on most days, treating serious COVID-19 cases.

"Some coronavirus patients with serious symptoms are not being admitted to hospitals when they should be," says Yamamura Hitoshi, the centre's director. "We won't be able to stop it unless we stop people from moving."

The infection rate in Tokyo is increasing, with daily case counts exceeding 750 for three days in a row.

Experts watching the situation are becoming increasingly concerned that a specific variant will become the dominant strain in the region.

If the more transmissible "N501Y" mutation becomes dominant, the regular count of new cases will reach 2,000 in two weeks, according to the researchers. They also predict that there will be over 6,000 hospital inpatients. This is much more than the previous high of 3,427 set in Tokyo on 12th January.

Bars and restaurants that sell alcohol or offer karaoke will be asked to close by the government. Drinking in groups on the street and in parks would be prohibited.

In fact, event organisers would be forced to stage activities without spectators. Department stores, shopping malls, and movie theatres with a floor space of more than 1,000 square metres will be asked to close, except for areas that include everyday necessities.

People are being advised to avoid unnecessary outings and travel between prefectures as subway and bus services would be reduced. Business leaders are pleading for financial assistance for industries that would be disproportionately affected by the closure demands.

"The forthcoming state of emergency would have a massive impact on the economy, especially for smaller businesses that have been barely surviving," explains Mimura Akio, chairman of the Japan Chamber of Commerce and Industry. "I advise the government to reimburse all those that would be impacted fairly."