Janhvi Kapoor spotted outside the gym: paparazzi asked for a new house party

Janhvi Kapoor was recently spotted outside gym class. During this, the paparazzi asked her for a party to buy a new house, to which Janhvi replied laughing. 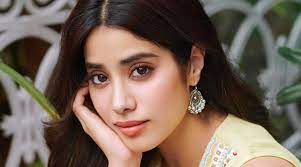 Janhvi Kapoor was recently spotted outside gym class. During this, the paparazzi asked her for a party to buy a new house, to which Janhvi replied laughing. This video of Janhvi is in the headlines on social media. Actually, Janhvi was coming out of the fitness class. During this, Janhvi's camera person asked her- 'We didn't get a new house party, Janhvi, this is wrong.' Janhvi laughed and said - 'It was a secret but all of you busted it.' Laughingly said - 'Hide it better than us.'

Bollywood actress Janhvi Kapoor has recently bought a duplex in Mumbai's Bandra area, which is said to be worth Rs 65 crore. According to media reports, this bungalow was bought by Jhanvi on October 12, for which she has paid stamp duty and registration fees of Rs 3.90 crore.

This duplex of Jahnavi is spread over 8,669 square feet. Apart from the house, it has a private garden, swimming pool and parking area for 5 cars. Janhvi Kapoor sold her old house, which is spread over 3456 square feet, in July this year. She bought this triplex house in Juhu in December 2020 for Rs 39 crore, which she recently sold to Rajkumar Rao for Rs 44 crore. Jhanvi has done 3 real estate deals in the last 2 years.