Police have said that preliminary investigation shows that all are from Kashmir; 'Their families have been informed, the cause of death will be known after the postmortem'. This incident has created a stir in the area. 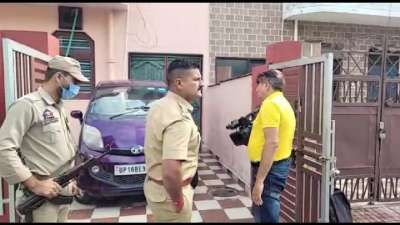 Jammu and Kashmir remains the epicenter of events at this time. Events are coming out one after the other. Dead bodies of 6 people have been found from a residential house in Sidhra, Jammu. Including 2 men and 4 women. It is being told that all belong to the same family. Police teams have reached the area. All Kashmiris are citizens.

Six members of a family were found dead under suspicious circumstances at their home in Jammu on Wednesday. The deceased have been identified as Sakina Begum, her two daughters Naseema Akhtar and Rubina Bano, son Zafar Saleem and her two relatives Noor-ul-Habib and Sajad Ahmed, police said. Police further said that the bodies were recovered from the house located in Sidhra area. They have been taken to the Government Medical College and Hospital here. Police team has reached the spot. The real cause of death is being ascertained. Police has started investigation. Police teams have been sent to the spot and the details of the case are yet to be received. Police have said that preliminary investigation shows that all are from Kashmir; 'Their families have been informed, the cause of death will be known after the postmortem'. This incident has created a stir in the area.

Earlier on Tuesday, terrorists shot two Kashmiri Pandits at an apple orchard in Chotipora area of ​​Shopian district, one of whom was killed and the other was injured. The deceased was identified as Sunil Kumar Bhat while his brother Pintu has been injured. After this incident, the deployment of security forces has been increased in the area.