According to the information, while issuing a statement on Sunday, the police said that a terrorist was gunned down in Drabgam area of ​​Pulwama on Saturday. 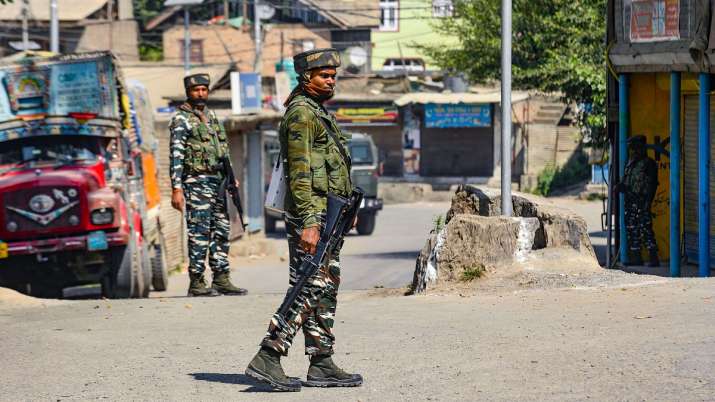 The ongoing encounter in Drabgam area of ​​South Kashmir's Pulwama district has ended since Saturday evening. Security forces have killed three Lashkar-e-Taiba terrorists. Arms and ammunition have also been recovered from them. The three terrorists killed have been identified. One of them has been identified as Junaid. Junaid is the same terrorist who killed policeman Riyaz Ahmed.

According to the information, while issuing a statement on Sunday, the police said that a terrorist was gunned down in Drabgam area of ​​Pulwama on Saturday. So far, three terrorists have been successful in killing after the ongoing encounter that night. At present, the search operation is still going on in the area.

Kashmir's IG Vijay Kumar, while sharing information on internet media, said that all three terrorists of Pulwama encounter have been killed. They have been identified as Junaid Shirgojri, Faizal Nazir Butt and Irfan Ahmed Malik residents of Pulwama. Two AK 47 rifles and a pistol have been recovered from their possession. The operation of security forces is going on in Kashmir to eliminate the terrorists. In the last few months, security forces have killed many terrorists and their commanders in the Kashmir division. Most of these encounters have been done by the police on the basis of confidential information. On Saturday, a Hizbul Mujahideen terrorist was killed by security forces in Kulgam district. Earlier on Tuesday, two encounters took place in Kashmir.