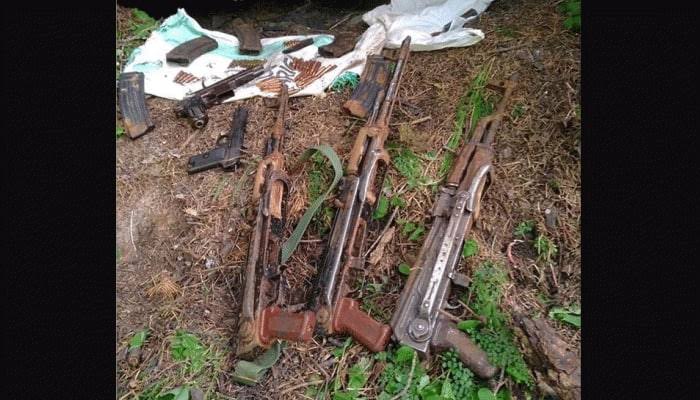 Security forces on Saturday recovered a cache of arms and ammunition in Jammu and Kashmir's Baramulla district. Police gave this information. A police spokesman said that following a tip-off about a stockpile of arms in the Hathalanga area of ​​Uri, the police and the army launched a search operation there.

An AK-47 rifle, an AK-47 magazine and 28 AK-47 rounds were found during the search, a police spokesman said. He said that a case has been registered in this regard and investigation has been started.