KUTA cleverly avoided registration as a society. However, the banking channel continued to be used. It has been considered as an important link to extremist students and spread Pakistani propaganda in Kashmir. 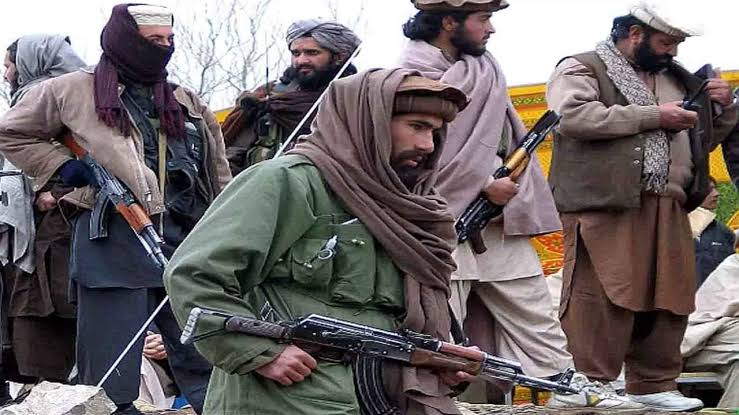 Jammu and Kashmir's Lieutenant Governor Manoj Sinha, taking a major action on terrorism, has fired four people, including the wife of terror accused Bitta Karate and the son of Syed Salahuddin, from government jobs on charges of terror links.

Top JKLF terrorist Farooq Ahmed Dar alias Bitta Karate is currently in judicial custody in a terrorism financing case. His wife Asabah-ul-Arjmand Khan was an officer in the Jammu and Kashmir Administrative Service and was working in the Directorate of Rural Development. The services of Dr. Muhit Ahmed Bhat, a scientist working in Kashmir University, and Majid Hussain Qadri, senior assistant professor, and Syed Abdul Mueed, manager of information technology in the Department of Industry and Commerce, were also terminated under Article 311 of the Constitution.

Syed Abdul Mueed is the son of Syed Salahuddin, the leader of Hizbul Mujahideen, a terrorist organization based out of Pakistan. According to official information, during the investigation it was found that Bitta Karate's wife Asbah is a staunch separatist with deep links with terrorist organizations and ISI, she was sacked.

A senior official of the Jammu and Kashmir administration said, "She came into the limelight during a karate trial. He first got a job in 2003 at Sher-e-Kashmir University of Agricultural Science and Technology-Kashmir. His appointment was allegedly done through the back door. According to her, it has also come to the fore that between 2003 and 2007, she remained absent from work continuously for months but no action was taken against her. He was finally sacked in August 2007.

According to the dossier prepared by the Jammu and Kashmir administration, she passed her JKAS exam in 2011 and married Bitta Karate within a few months. According to the list of Jammu and Kashmir administration, Dr. Muheet Ahmed Bhat, Scientist-D in the Department of Computer Science, University of Kashmir, was also sacked on charges of terror links. "Muhit was the president of the Kashmir University Teachers Association (KUTA) from 2017 to 2019. He was instrumental in organizing the student protests in 2016 in which several youths were killed," said an official, a member of the investigation team. '

According to him, Muhit had distributed KUTA funds to some families of stone pelters and terrorists. According to the dossier of the JK administration in January 2018, Muhit had provided financial assistance to the families of Lashkar-e-Taiba terrorists. According to the dossier, he had arranged funds for financial assistance to the families of terrorists killed by security forces. To avoid audit, KUTA cleverly avoided registration as a society. However, the banking channel continued to be used. It has been considered as an important link to extremist students and spread Pakistani propaganda in Kashmir.