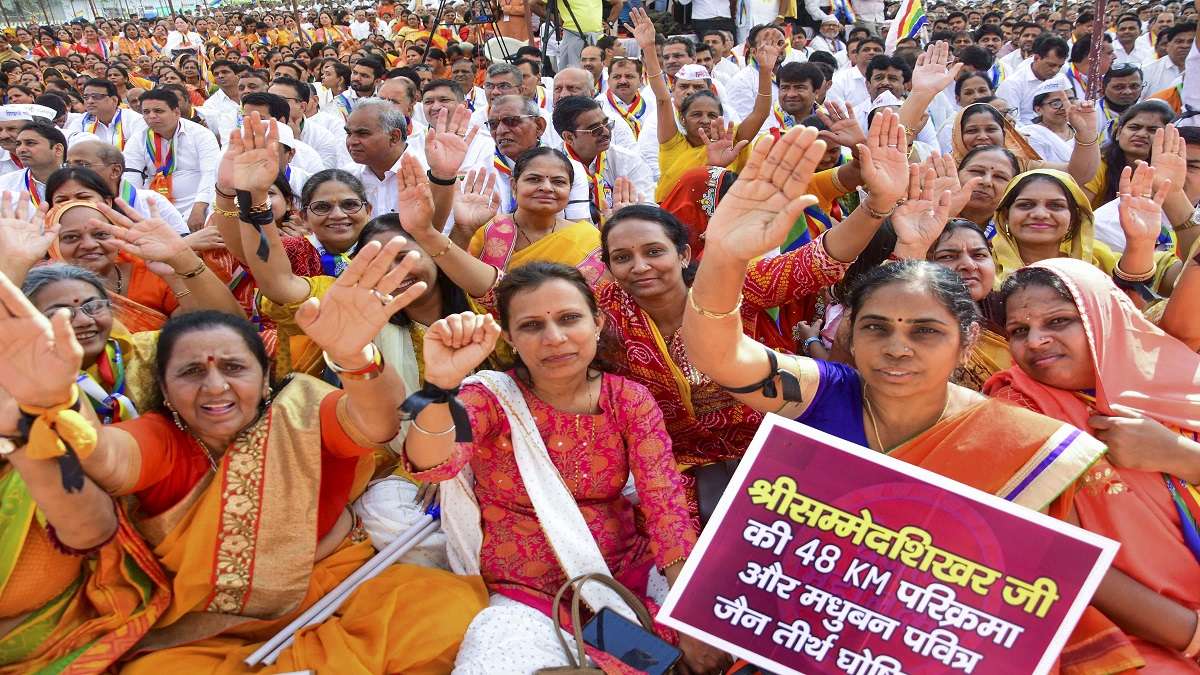 Raj Thackarey said, "Shri Sammed Shikharji is a pilgrimage centre for the Jain community in Jharkhand. This holy place should not be declared as a tourist spot; as it will compromise the sanctity of the site. These are the sentiments stated by the Jain community."

Another Jain monk gave up his life for the Jain pilgrimage center Sammed Shikhar. Muni Samarth Sagar passed away on Thursday at 1.20 pm. This is the second saint in four days, who left his body. On Friday morning, as soon as the information about leaving the body of the saint was received, a large number of people of the Jain community started reaching the temple.

The dol yatra of the saint was taken out from Sanghiji temple to Vidyadhar Nagar. On this occasion, Jain Saint Shashank Sagar said that until the Jharkhand government declares Sammed Shikhar as a place of pilgrimage, the sages will continue to offer such sacrifices.