Jagdeep Dhankhar was elected the next Vice President of the country, defeating Margaret Alva 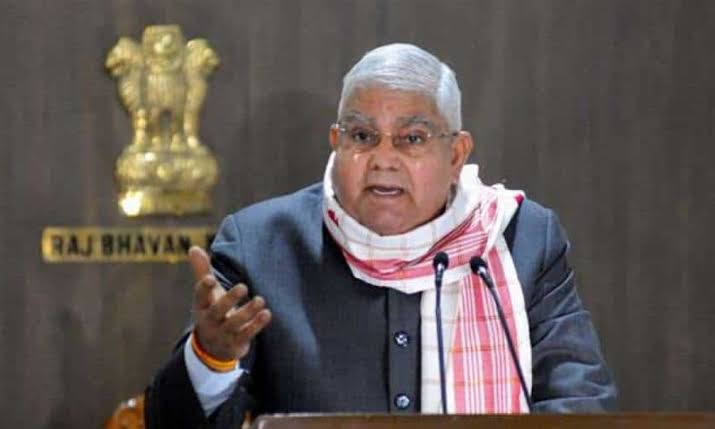 UP Rashtrapati Chunav 2022: NDA candidate and former Bengal Governor Jagdeep Dhankhar will be the next Vice President of the country. Dhankhar was declared elected at 7.40 pm after voting on Saturday and counting began at 6 pm. Jagdeep Dhankhar has registered a big victory over Venkaiah Naidu in the last Vice Presidential election. Dhankhar has got more than 70 per cent votes. While Venkaiah Naidu got close to 68 percent of the votes.

According to sources, Jagdeep Dhankhar got 528 votes and Margaret Alva got 182 votes. While 15 votes were found invalid. At the same time, Margaret Alva had to bear the brunt of lack of unity among the opposition parties and she was defeated. Voting for the Vice Presidential Election 2022 began at 10 am on Saturday and went on till 5 pm in the evening. 725 MPs voted in the election of the Vice President. About 93 percent of the MPs cast their votes in the voting on Saturday, while 55 MPs did not vote.

In the Vice Presidential election, the Returning Officer officially declared the results and said that there were 780 electors and 725 cast their votes, which was 92.45 percent of the total votes. While 55 did not cast their vote. Of these 55 absent MPs, 34 are from TMC, 2 each from BJP-SP and Shiv Sena and one from BSP. The Trinamool Congress (TMC) with 36 MPs had decided not to vote in the election but Shubhendu Adhikari's father Shishir Adhikari and Dibyendu Adhikari voted, that is, 34 TMC MPs did not vote. Two BJP MPs did not cast their votes. Sunny Deol and Sanjay Dhotre did not vote. He could not even cast his vote in the presidential election.

Prime Minister Narendra Modi, former Prime Minister Manmohan Singh, Union Home Minister Amit Shah, Congress President Sonia Gandhi, several Union ministers and MPs from various parties voted on Saturday to choose the country's next Vice President. By noon, more than 85 per cent of the MPs had cast their vote. The total number of members of both the houses of the Parliament together is 788. Out of these, 8 seats of Rajya Sabha are currently vacant. About 90 per cent of these 780 MPs had voted by 4.30 pm. The Trinamool Congress (TMC) had already made it clear that it would stay away from voting. It had a total of 39 MPs in both the houses. Voting for the Vice President's election started at 10 pm and will end at 5 pm. PM Modi was among the first MPs to vote in the Vice Presidential election. He tweeted, sharing a picture related to voting. Home Minister Amit Shah tweeted, sharing his picture after voting.