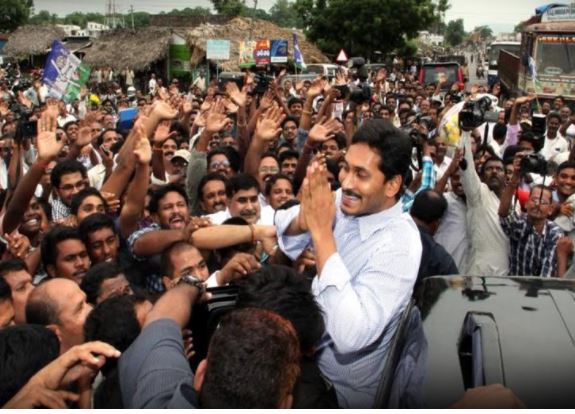 AP Municipal Election Results: In all, 12 corporations and 75 municipalities and nagar panchayats went to polls on March 10.

The YSR Congress Party (YSRCP) today won a landslide victory in the urban body elections in Andhra Pradesh, winning 74 out of 75 municipalities. These trends suggest that it may win in all the 12 corporations. Its candidates have won in Anantapur, Kadapa, Kurnool, Chittoor, Tirupati, Ongole, and Guntur corporations. Counting continues in Vijayawada and Vishakapatnam Corporation where the YSRCP has a good lead.

Elections were held for 12 corporations and counting is pending in Eluru corporation due to High Court orders. Though the TDP has won 12 wards and the YSRCP on 11 in Mydukur municipality, the latter's candidate will become Chairperson with ex-officio votes.

The elections were held after two years of YSRCP governance and the ruling party claims all credit to welfare schemes of Chief Minister YS Jagan Mohan Reddy despite the corona pandemic. The ruling party believes urban community has also supported its policies.

Over 65 per cent polling was reported in the elections on Wednesday, according to a PTI report based on poll panel sources. The YSR Congress had already bagged the Pulivendula (the Chief Minister's home constituency), Punganuru, Piduguralla, and Macherla municipalities "unopposed".

If these trends are any indications, then one thing is clear. The leader with welfare schemes and actions, during distress for the people, will never go unnoticed by those who elect for their welfare.