"It would have been better if they beheaded us", say Afghan women after Taliban bans Universities and Schools for Women

As women's rights are further crushed in Afghanistan by the Taliban, hear heartbreaking testimony from multiple Afghan women, along with the Special Representative of UN Women in Afghanistan 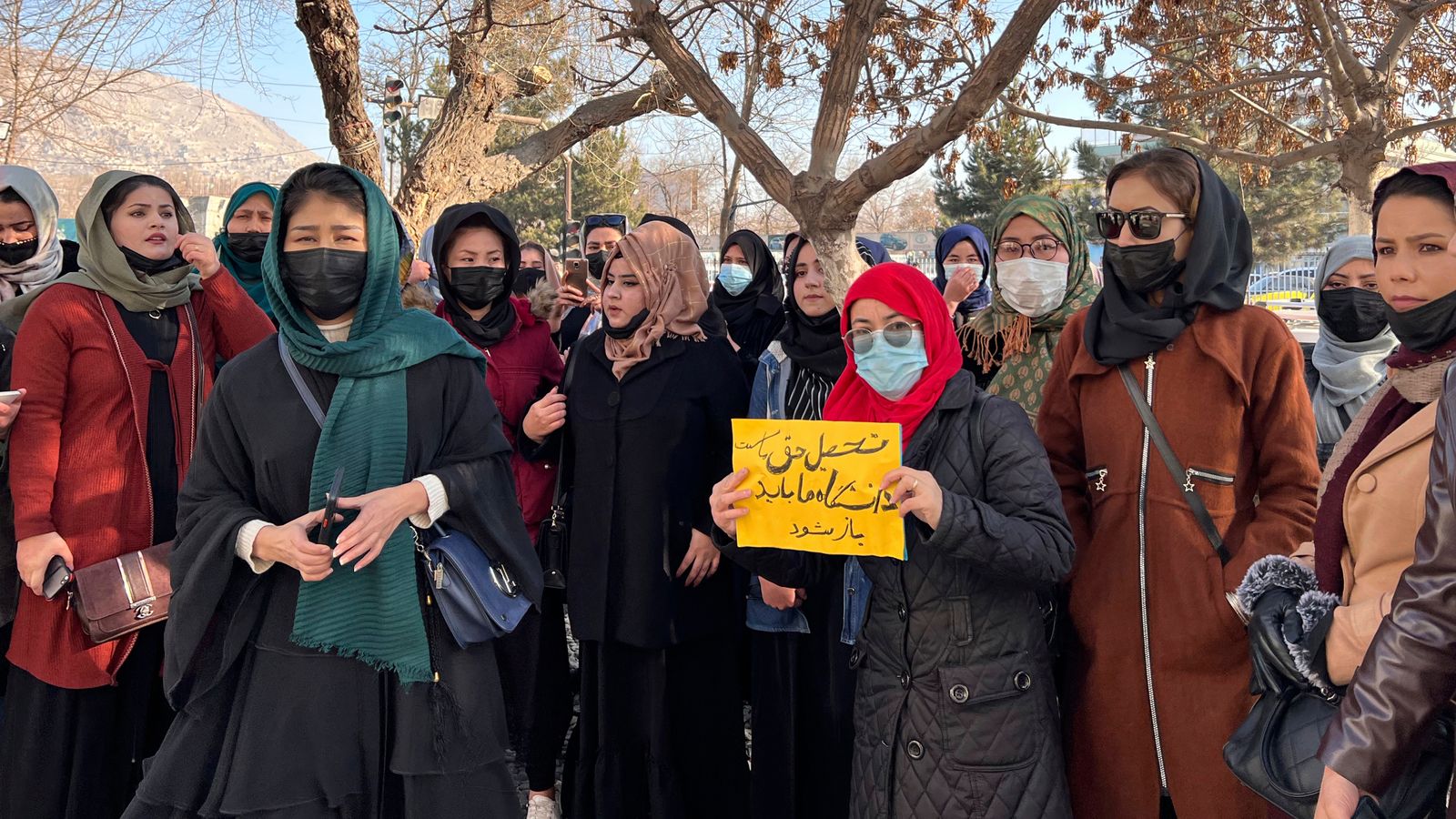 Kabul: Marwa was due to go to university in a few months, the first woman in her Afghan family to do so, but now she will see her brother go to university without her. Women in Taliban-controlled Afghanistan are now banned from going to university to study. Here, for the last year, their freedom has been taken away continuously. "If he had ordered the beheading of women, that too would have been better than this ban," Marwa told AFP at his home in Kabul.

Fearless girls out protesting today in Herat city and chanting — “Education is our human right.”

It’s worth knowing that these girls are putting their lives at risk by even stepping out of their house. But Afghanistan’s women won’t be silenced.pic.twitter.com/AZkLLWfKWo

She said, "If we are so unlucky, I wish we were never born. I feel sorry for my existence in the world. We are being treated worse than animals. Animals can go anywhere on their own, but We girls don't even have the right to step out of our homes."

Marwa, 19, recently passed an entrance exam to start a nursing degree at a medical university in the Afghan capital in March. She was thrilled to join her brother Hamid on campus every day, but now their future hangs in the balance.

“I wanted my sister to pursue her dreams along with me in order to succeed and move forward,” said Hamid, 20, a business administration student at a higher education institute in Kabul. She studied till Class 12 despite many difficulties, But what shall we say now?"

The ban by the hardline Islamist government that seized power in August last year has sparked global outrage, including from Muslim nations. He also considered it against Islam. The Taliban's minister of higher education, Neda Mohammad Nadeem, claimed that female students ignored a strict dress code and were required to be accompanied by a male relative on campus. But according to some Taliban officials, the reality is that the hardline clerics who advise the movement's supreme leader, Hibatullah Akhundzada, remain seriously skeptical about modern education for women

Girls are also banned from attending secondary schools in most parts of the country. In recent months women have been gradually pushed out of public life, fired from government jobs or paid a fraction of their former wages to stay at home. They have also been barred from traveling without a male relative. Also, they have to cover themselves completely in public. Women are prohibited from going to parks, fairs, gyms and public baths.