It is truly fantastic news: UK PM after Oxford-AstraZeneca vaccine gets approval

Boris Johnson, Prime Minister of the United Kingdom, has expressed happiness after the drug regulator gave it approval to a vaccine developed by the University of Oxford in collaboration with AstraZeneca. 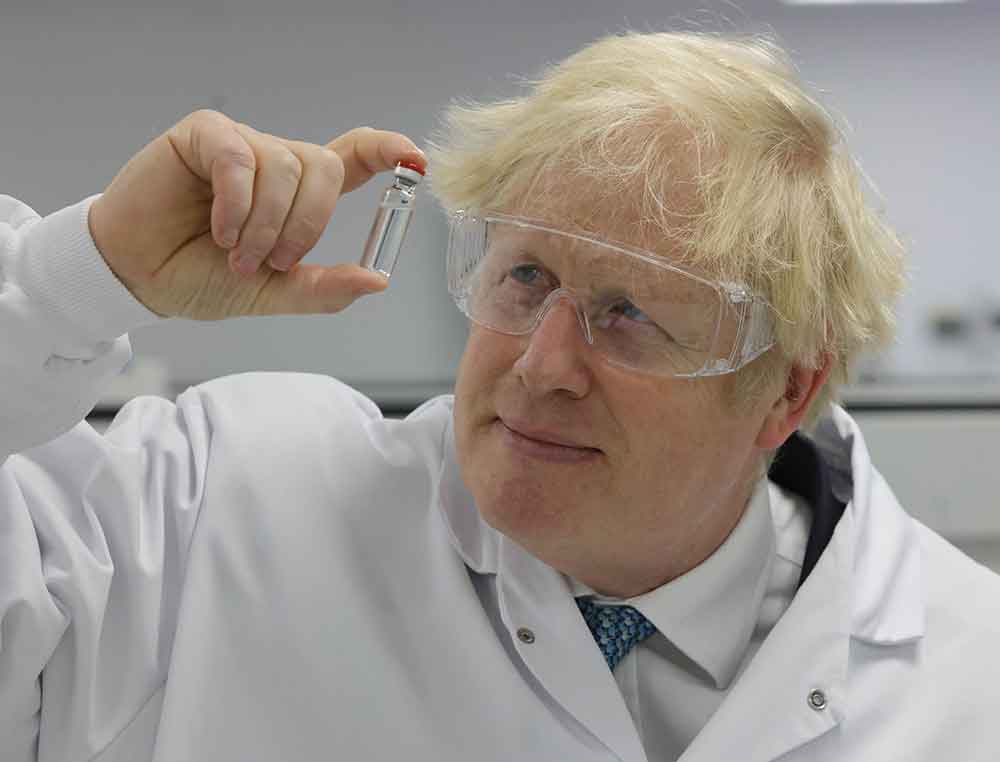 Boris Johnson, Prime Minister of the United Kingdom, has expressed happiness after the drug regulator gave it approval to a vaccine developed by the University of Oxford in collaboration with AstraZeneca.

PM Johnson said, “It is truly fantastic news - and a triumph for British science - that the @UniofOxford/@AstraZeneca vaccine has been approved for use.”

He added, “We will now move to vaccinate as many people as quickly as possible.”

AstraZeneca has called it a significant development in the fight against the pandemic. The company tweeted, In 2020, teams across AstraZeneca have risen to the challenges #COVID19 has posed to global health.”

“Today’s advancement is a significant step forward in the fight against this pandemic,” the company added.

Pascal Soriot, Chief Executive Officer of AstraZeneca, has announced that the first vaccination will begin early in the new year.

"We aim to supply millions of doses by the end of March," Soriot said

He sincerely thanked his colleagues at AstraZeneca, Oxford University, the UK Government, and the tens of thousands of clinical trial participants.

“A landmark moment’ for the UK’s fight against #COVID19: today we welcome the news that @MHRAgovuk has authorised the safe & effective #OxfordVaccine for emergency use in the UK.” The University of Oxford tweeted.

The University of Oxford also said that along with the ease of distribution and storage, this will enable AstraZeneca to make millions of doses of the Vaccine available in the first part of 2021.

Talking about the priority, the University of Oxford stated that the priority should be to give as many people in at-risk groups their 1st dose as quickly as possible, with a 2nd dose for longer-term protection within 12 weeks.