The action was agreed to by Prime Minister Naftali Bennett's administration, according to COGAT, and was "conditional upon the preservation of security stability." 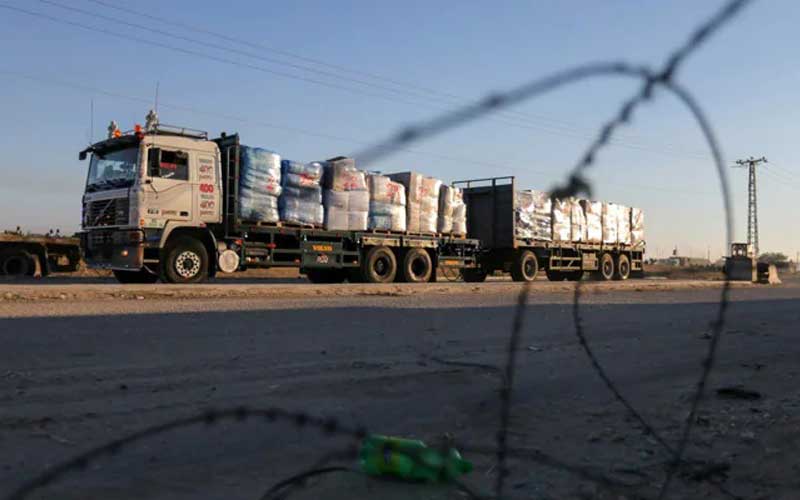 On Monday, Israel approved a limited restart of commercial exports from the Gaza Strip in a "conditional" move, one month after a cease-fire ended 11 days of violence involving Hamas.

Israeli restrictions on agricultural commodities and some textiles would be eased for two to three days, according to Gaza border authorities.

The decision to ease the exporting of agricultural produce from the Gaza Strip comes after a ‘security evaluation’, according to COGAT, a branch of Israel’s Defence Ministry.

The action was agreed to by Prime Minister Naftali Bennett's administration, according to COGAT, and was "conditional upon the preservation of security stability."

Farmers in Gaza have lost as much as $16 million as a result of export restrictions, according to the agricultural ministry.

These farmers have been unable to export commodities as regularly because of additional restrictions imposed since May's severe conflict, resulting in a surplus of agricultural produce such as tomatoes and strawberries, leading prices to plummet.

However, with the flare-up having subsided since early Friday, several Gaza employees expressed optimism that the Israeli limitations will be eased and maybe increased. Textiles employ 10,000 workers in Gaza, which has a population of 2 million people.

On May 21st, a precarious cease-fire came into effect, ending 11 days of Israeli air strikes and rocket fire from Gaza. According to Gaza officials, the battle killed 260 Palestinians, including some combatants.