The move comes in the wake of intense international pressure on both sides to put an end to the conflict and the widespread violence. 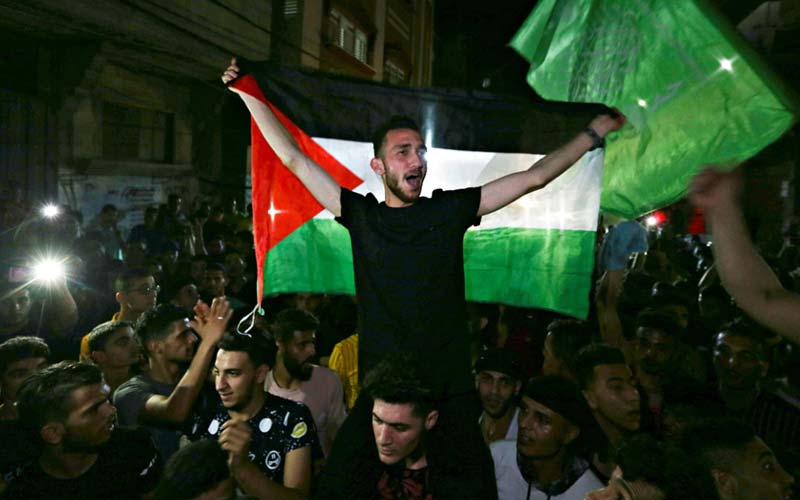 After 11 days of conflict with Hamas in Israel and the Gaza Strip, Israel's security cabinet approved a provisional cease-fire on Thursday, boosting expectations that the worst bloodshed in years was coming to a close.

Both sides – Israel and Hamas declared themselves as victorious of the conflict.

The Israeli Political Security Cabinet announced that it had "unanimously accepted the recommendation" for a truce. It added, "The political echelon emphasises that the reality on the ground will determine the continuation of the campaign."

As per Reuters, Palestinian militant group Hamas committed to a "mutual and simultaneous" cease-fire as well. Although a Hamas official claimed that its hands were “on the trigger” as they were uncertain as to whether the cease-fire will last for long.

As the decision was announced, Palestinians throughout the Gaza Strip were seen cheering in the streets, celebrating with the Palestinian flag and fireworks.

The people who were inside their houses during the 11 days of violence and were not able to commemorate Eid following Ramadan, came out to celebrate joyously in areas of Gaza, Bethlehem, Hebron and occupied East Jerusalem.

The move comes in the wake of intense international pressure on both sides to put an end to the conflict and the widespread violence.

After warning Israel to leave the site, Hamas initiated firing rockets, prompting retaliation in the form of air strikes, which devastated the people in the region.

The announcement of a cease-fire follows a phone call between Biden and Netanyahu on Wednesday. Biden said during the call that he expects a "significant de-escalation" of aggression in the region.

President Joe Biden said the truce provided a "genuine chance" for change and progress of the region.