According to Israel's defence ministry, the deal involves a $1.65 billion contract for the establishment and operation of a Hellenic Air Force’s training centre by the Israeli defence contractor, Elbit Systems over a term of 22-years 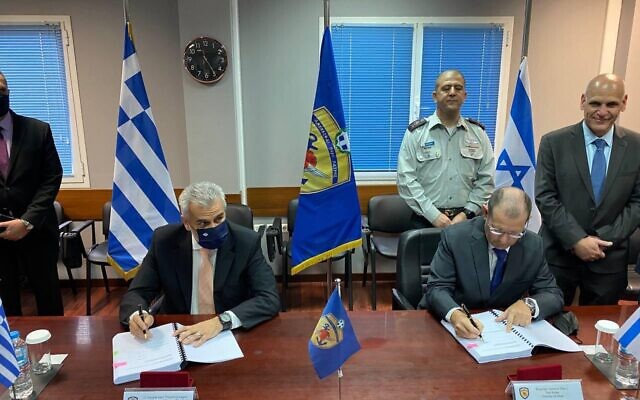 Israel and Greece have signed their largest defence procurement agreement till date, which Israel said on Sunday would boost the countries' political and economic relations, involving establishment of a flight simulation centre.

According to Israel's defence ministry, the deal involves a $1.65 billion contract for the establishment and operation of a Hellenic Air Force’s training centre by the Israeli defence contractor, Elbit Systems over a term of 22-years.

According to the ministry, the training centre will be modelled after Israel's flight academy and will be equipped with 10 Leonardo M-346 training aircraft which are manufactured by Leonardo, an Italian company.

Israeli defence minister Benny Gantz in a statement said, "I am certain that (this programme) will upgrade the capabilities and strengthen the economies of Israel and Greece and thus the partnership between our two countries will deepen on the defence, economic and political levels."

He further said, “This cooperation agreement rests on the excellence of Israeli industry and on the strong, longstanding relations between the defense establishments of Israel and Greece. I thank the Greek defense minister, Nikolaos Panagiotopoulos, for advancing this deal, which we discussed during the latest trilateral meeting in Cyprus.”

The two countries are now considering the prospect of developing flight schools in the future, according to Israel's Defence Ministry.

The announcement for the defence deal comes after a meeting on Friday in Cyprus between the UAE, Greek, Cypriot, and Israeli foreign ministers, who agreed to strengthen cooperation amongst their nations amid widespread alarm about Turkey's highly assertive behaviour in the Eastern Mediterranean.