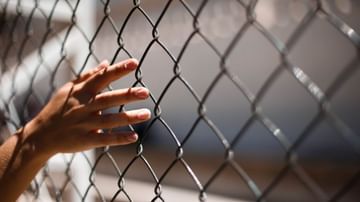 After the allegation of a girl from Kerala being associated with IS, today her mother has made a special appeal to the government. Bindu, the mother of Islamic State sympathizer Nimisha, lodged in Kabul, Afghanistan, has demanded the Kerala CM to try her daughter's case in India only. Bindu said that her daughter has not done anything wrong and if she has done wrong, then she should be prosecuted under Indian law.

Nimisha, who is said to be a supporter of IS, went missing from Kerala in the year 2016. This was followed by reports of some children from Kerala joining the IS after the state government approached various central agencies. The IB, NIA and RAW had in 2016 corroborated reports about 19 missing persons from the state. According to some relatives of these children, they are believed to have joined IS.

The names of 19 people from Kerala were revealed to be associated with IS. These included 10 men, six women and three children and most are from Kasargod and some Palakkad districts. In 2016, Nimisha's mother Bindu approached Chief Minister Pinarayi Vijayan seeking help when her daughter went missing. But later it is learned that Nimisha has married her friend Eeja, who had converted to Islam.

Investigation revealed that in 2016-18, four women namely Sonia Sebastian alias Ayesha, Merin Jacob alias Merin, Nimisha Nair alias Fatima Isa and Rafaila along with their families were living in Khorasan Province area (ISKP) of Islamic State. Went to Afghanistan for Their husbands were killed in separate attacks and the women surrendered to Afghan authorities in November 2019. Since then Nimisha and her young child are now lodged in a Kabul jail.