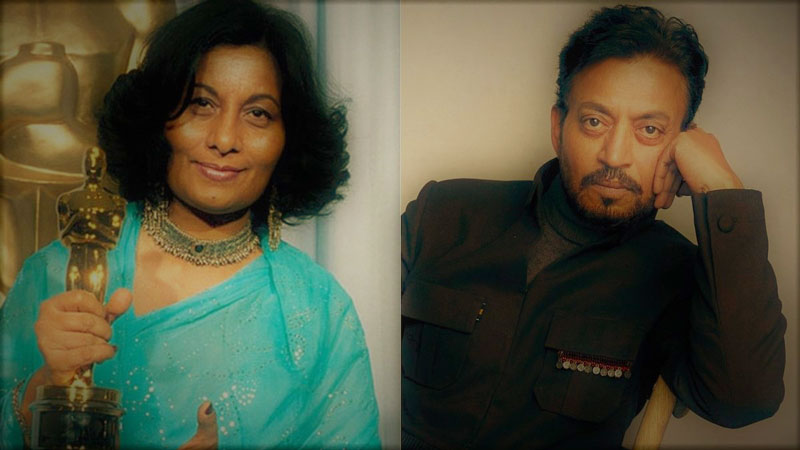 The ‘In Memoriam’ segment of the Academy Awards pays tribute to filmmakers and artists every year, this year those who passed away in the 2020 were recognized.

Actor Irrfan Khan and Oscar-winning costume designer Bhanu Athaiya were honoured at the 93rd Academy Awards. During the Academy's ceremony, the two Indian artists were honoured in the ‘In Memorium’ section alongside artists such as Chadwick Boseman, Cicely Tyson, Sean Connery, Diana Rigg, and Helen McCrory.

Irrfan Khan gained international acclaim for his roles in Hollywood films such as Life of Pi, Jurassic World, and Inferno among others, establishing his acting prowess worth the Academy’s recognition.

For the film‘Gandhi’ in 1982, Bhanu Athaiya became the first Indian to receive an Academy Award for Best Costume Design.

The absence of Rishi Kapoor and Sushant Singh Rajput from the list was noted by their fans on social media. They were, however, honoured in a special In Memoriam feature of the Academy Awards website.

In 2021, the 93rd Academy Awards was conducted in a unique manner, with participants practicing social distancing while wearing no masks.

This year, Nomadland came out on top, winning Best Picture, Best Actress for Frances McDormand and Best Director for Chloe Zhao. While Anthony Hopkins won Best Actor for his exemplary performance in The Father.