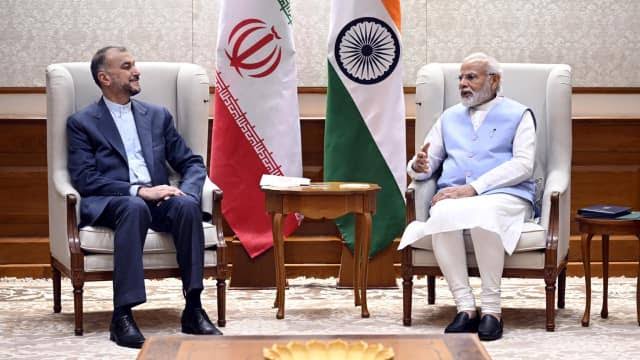 Foreign Minister of Iran Hussein Amir Abdollahian, who is visiting India, met Prime Minister Modi on Wednesday. According to a statement issued by the Prime Minister's Office, it was a courtesy call between the two leaders.

According to the PMO, while welcoming Abdullahiyan, Modi recalled the long standing ties between India and Iran. The two leaders discussed the issue of bilateral cooperation. The Ministry of External Affairs has said that PM Modi emphasized that there should be more contact between India and Iran in the post-Covid world. Prime Minister Modi also expressed his desire to meet Iran's President Ibrahim Raisi soon.

Regarding the meeting with the Foreign Minister of Iran, Jaishankar said that we discussed on trade, connectivity, health and other issues. All other issues including Afghanistan, Ukraine have been discussed. A treaty on legal cooperation on civil and commercial matters has also been signed between the two countries.