The deal has impending for about five years and has been in the works ever since 2016 when Chinese President Xi Jinping paid a visit to Iran, wherein he agreed to boosting of bilateral trade by more than tenfold in the coming decade to $600 billion. 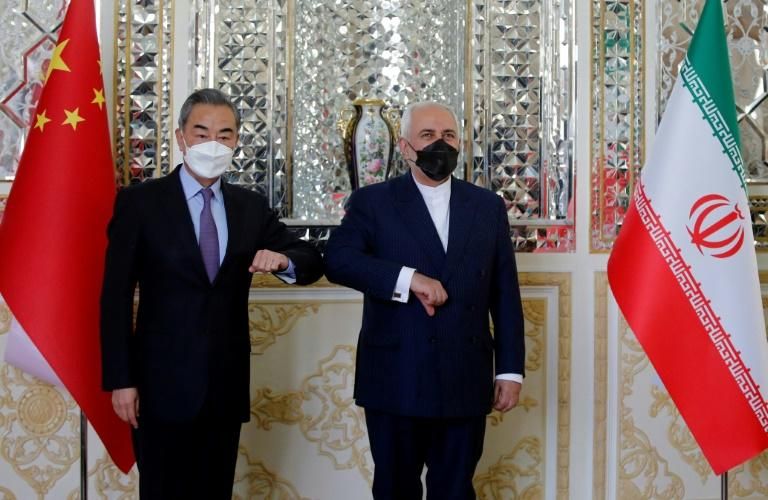 On Saturday, during Chinese Foreign Minister Wang Yi's recent six-nation tour of West Asia, China and Iran engaged in a 25-year "strategic cooperation pact", which is being viewed as a coping mechanism to the sanctions imposed on them by the US.

Wang Yi and his Iranian counterpart Mohammad Javad Zarif signed the agreement deal at the behest of their respective nations.

The deal has impending for about five years and has been in the works ever since 2016 when Chinese President Xi Jinping paid a visit to Iran, wherein he agreed to boosting of bilateral trade by more than tenfold in the coming decade to $600 billion.

The China-Iran pact according to Tehran’s claims comprises of "political, strategic and economic" elements.

Iran's foreign ministry spokesman Saeed Khatibzadeh in a statement said, "We believe this document can be very effective in deepening (Iran-China bilateral relations),"he further added that it would play a role in establishing of “reciprocal investments in the fields of transport, ports, energy, industry and services." He confirmed recalling that the pact was first suggested during Chinese President Xi Jinping's 2016 January visit to Tehran.

Even though there was no mention of China's investments in Iran in the previous 18-page draft. Co-operation in areas ranging from energy, petrochemicals, and nuclear power to high-tech and military sectors, along with maritime ventures, was included in the draft to boost Iran's position in China's Belt and Road Initiative.

China has proved to be Iran's most important trading partner and was previously one of the largest buyers of Iranian crude oil before US president Donald Trump violated a multilateral nuclear deal with Iran reinstating massive unilateral sanctions back in 2018.

Last July, public controversy crowded over the proposed agreement after former President Mahmoud Ahmadinejad said that talks for a "new, 25-year agreement with a foreign country" were taking place without the Iranian people's consent and understanding. When the foreign minister told lawmakers that there was "nothing secret" in the proposed agreement, which he vowed would be made public "once it has been finalised", he was heckled in the Iranian parliament.