The attack is believed to be related to the anti-hijab protests that have been going on for two months. Where a girl had lost her life in police custody. Ten people, including security personnel, were reported injured in the attack in Izeh. 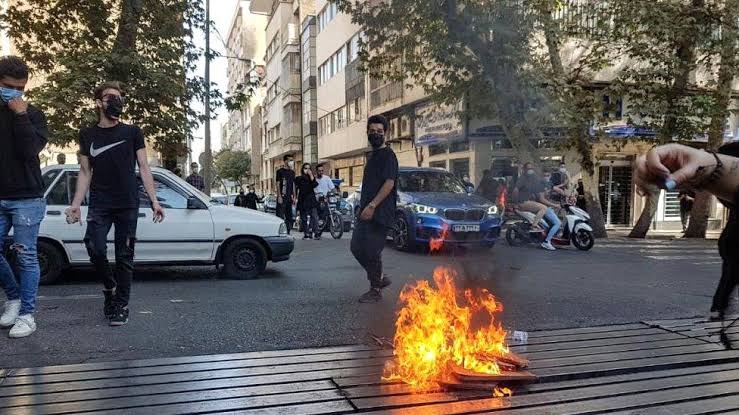 Some assailants opened fire in a market in Iran's southwestern city of Ezeh on 16 November. Due to which 5 people including 2 women lost their lives. At the same time, some other people and security personnel were injured in this attack. According to the news agency (IRNA), firing was also done in Isfahan city of Iran. In which 2 army personnel lost their lives. In both the attacks, the attackers came on a motorcycle. It is not yet known what was the motive behind these attacks. The attack is believed to be related to the anti-hijab protests that have been going on for two months. Where a girl had lost her life in police custody. Ten people, including security personnel, were reported injured in the attack in Izeh.

Waliullah Hayati, deputy governor of Khuzestan province, said two women were among the dead. Several groups of protesters gathered in different parts of Ezeh late on Wednesday night, chanting anti-government slogans and pelting stones at police, according to state television. The police fired tear gas shells to disperse them. During this someone set fire to the madrasa of the Shia community.

Significantly, people have been demonstrating on the streets since September in protest against the death of a 22-year-old girl in police custody in Iran. Taking action in the name of morality in Iran, the police caught the girl Mahsa Amini (22) and she died in custody on 16 September. The Iranian government has consistently claimed that Amini was not mistreated, while Amini's family maintains that her body bore bruises and signs of beatings. Amini was detained for not wearing the hijab properly. At least 344 people have lost their lives in the ongoing protests in the country for the last two months, while 15,820 people have been arrested. Questions are also being raised on the action being taken by the Iranian forces to stop the demonstration.