Uncapped players were the star of the day as they unexpectedly fetched several times more than their base prices during the auction. 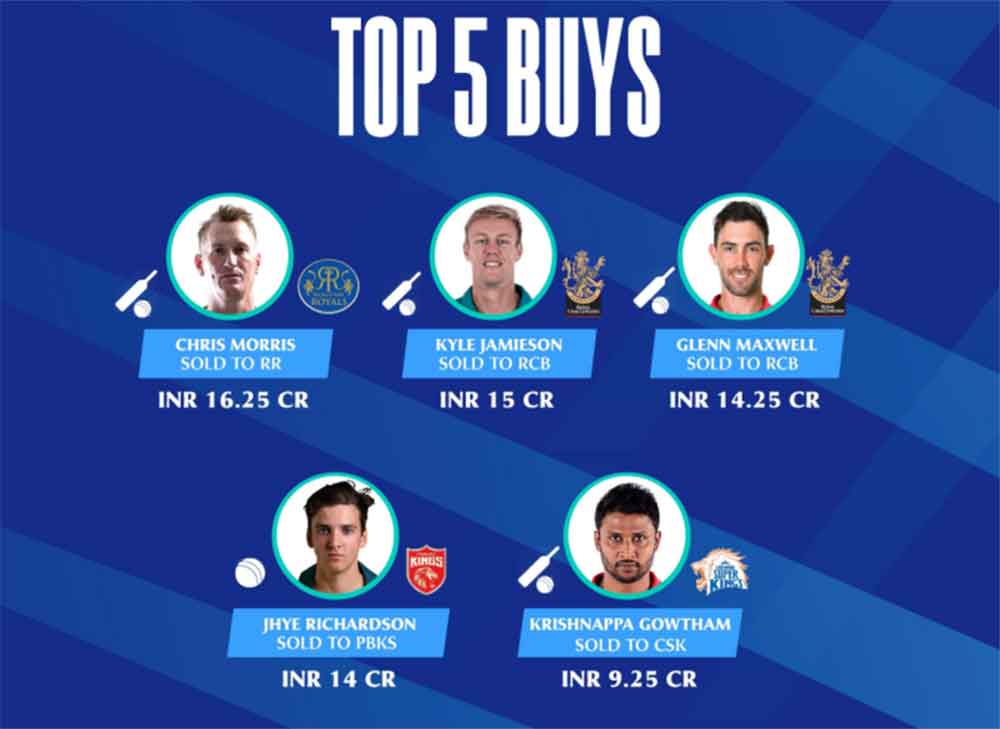 When Indian Premier League (IPL) 2021 started in Chennai on Thursday, February 18, a whole lot of uncapped players didn’t expect they were in for a huge surprise.

Uncapped players are those who haven’t debuted in any form of international cricket be it T20, one-day international, or 5-day test matches. However, they have played domestic or other forms of cricket matches.

Though the biggest buy was Chris Morris who became the most expensive player in the IPL history when Rajasthan Royals fetched him for Rs. 16.25 Crore, it was the day for uncapped players as well.

Those who made history in the uncapped category were players like Krishnappa Gowtham, an explosive lower-order batsman and a rising off-spinner from Karnataka.

Gowtham turned out to be the most expensive uncapped player ever bought by any team in the history of IPL. MS Dhoni-led Chennai Super Kings bought Gowtham for Rs 9.25 crore, almost over 45 times more than his base price of Rs 20 lakh.

He made his debut in IPL in 2018 and to date, he has played a total of 62 T20s and scored 594 runs. He has also bagged 41 wickets. In his previous stint, while playing for Rajasthan Royals, he had shown some impressive and explosive batting prowess.

Shahrukh Khan was another star in the uncapped category when Kings XI Punjab unexpectedly spent Rs 5.25 crore to ensure he would play for them only. He plays for the state of Tamil Nadu in domestic cricket and his base value was Rs 20 lakh. It looks like his recent scintillating performance in domestic cricket turned things in his favour.

Others who fetched much more than their base prices were Riley Meredith and Chetan Sakariya.